Agent Orange-related Department of Veterans Affairs disability benefits to Vietnam War veterans who served on Navy ships offshore are now a reality following a recent Federal Circuit Court order and a U.S. Justice Department decision not to appeal the decision. This action has the potential to benefit more than 90,000 Navy veterans, many of whom are now living in Southside Virginia.

Veterans of Foreign Wars (VFW) 4th District Commander Gus Villalobos said, “The court ruled that the thousands of Vietnam War vets who served offshore deserve access to disability benefits if they have health problems related to the U.S. use of herbicides to clear the jungles.” Villalobos said the court action closed a loophole in the original legislation providing for Agent Orange-related disability benefits that had allowed the Department of Veterans Affairs to exclude the Blue Water Navy veterans on grounds that because they were offshore, they did not serve “in” Vietnam. He said many ‘Blue Water’ Navy veterans were exposed because ships distilled water contaminated by Agent Orange runoff from the Mekong Delta and used it for drinking, laundry and cleaning. Some ships also transported the herbicide.

Villalobos said ‘Blue Water’ Navy veterans will need proof of service to include DD-214s, cruise books or other documentation they served within 12 miles of the coast of Vietnam. He said, “If veterans have one of 14 conditions associated with Agent Orange now or in the past, we want to talk to them. If they have ever filed and been denied, we want to talk to them. The VFW has three accredited service officers and the Virginia Department of Veterans Services has service officers in this area. We are prepared to help them and their families get the care they deserve.” 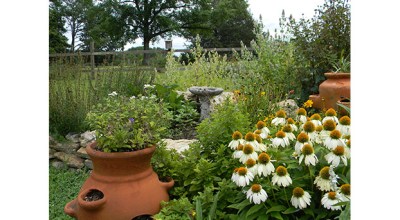