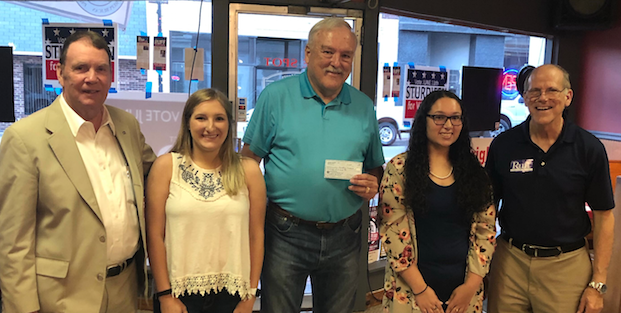 The event was held at The Spot Café in Victoria, according to organizer and Lunenburg Republicans Chair Mike Hankins. Live music was provided by The Last Chance Bluegrass Band.

Hankins said speakers included 5th District Congressman Denver Riggleman, who spoke about what had been going on in Washington during the past week; State Sen. Frank Ruff covered items that have happened in the state Senate during the past session and Del. Tommy Wright covered what took place in the House.

Scholarship recipients during the event were Sarah Dunbar and Kayla Chaffin, receiving $1,000 each. Hankins said Dunbar is the first college student to receive a scholarship from Lunenburg Republicans.

Including the most recent recipients, Lunenburg Republicans have given away more than $16,000 to help Lunenburg students attend college, according to Hankins.

Senator Frank Ruff was recognized by the Virginia Chamber of Commerce for his efforts to grow jobs and improve workforce... read more