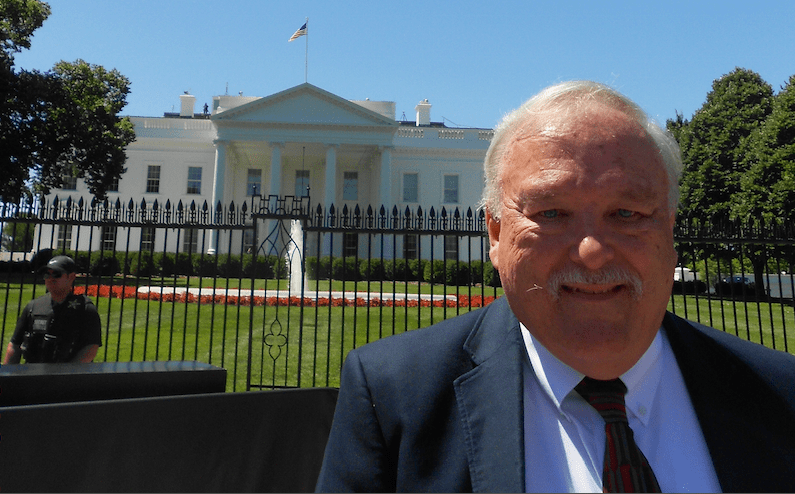 Brown’s Store District Supervisor Mike Hankins stands in front of the White House during a leadership event on June 11.

The meeting was hosted by William Crozer, special assistant to the president and deputy director of intergovernmental affairs.

At the meeting, Secretary Ben Carson of the Department of Housing and Urban Development Talked about opportunity zones among other topics.

John Melle, assistant U.S. trade representative for the Western Hemisphere, talked about the United States-Mexico-Canada Agreement (USMCA), which, according to Hankins, could potentially bring back jobs lost with The North American Free Trade Agreement (NAFTA). Counselor to the president Kellyanne Conway spoke about ways to get people who had been convicted of crimes back into society, Hankins said.

A community revitalization panel took place during the meeting, Hankins said, which included Ja’Ron Smith, deputy director of the Office of American Innovation, Scott Stump, assistant secretary for Career, Technical, & Adult Education with the U.S. Department of Education, Rebeckah Adcock, senior adviser to the secretary, United States Department of Agriculture and Meghan Stringer, policy adviser with the U.S. Department of Labor, in which apprenticeship programs to train new employees was discussed among other topics.

One of the topics covered was the availability of money for grants to assist small towns to improve plumbing problems, Hankins said.