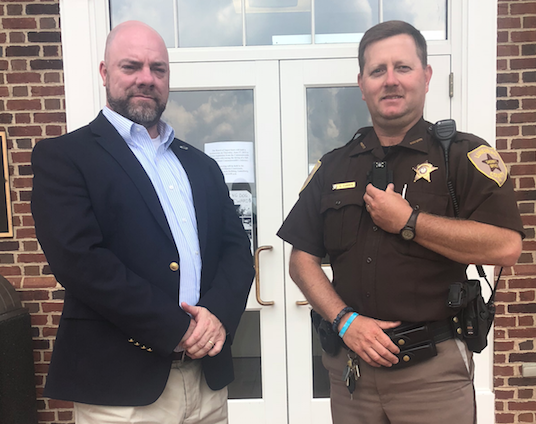 The Lunenburg County Board of Supervisors voted Thursday night to fund an additional two days per week for the assistant prosecutor position as mandated by the state, according to a release from the Lunenburg Commonwealth’s Attorney Office.

According to the release, the General Assembly passed legislation this year after two years of study requiring localities that utilize body cameras with their law enforcement agencies to fund a full-time assistant prosecutor position unless otherwise agreed to by the Commonwealth’s Attorney.

Lunenburg Commonwealth’s Attorney Robert Clement agreed to a funding of just two days per week for the position, which then made the part-time position of prosecutor Baxter Stegall into a full-time position.

Stegall currently works three days a week, according to the release.

This requires the county to provide health care and retirement benefits along with the additional salary for a total of approximately $28,000, according to the release.

“Board members expressed their appreciation to Clement for agreeing to the lesser number of days rather than a full-time position, and also for his many years of past savings to the county,” the release cited. “They also acknowledged the benefit of having body cameras, but expressed distaste for the way the state legislature handled the situation by forcing counties and cities to fund it. Clement agreed with them.”

There are 26 body cameras in use in the county, including the sheriff’s office and two local police departments.

Clement said rules of discovery as promulgated by the Virginia Supreme Court require prosecutors to receive, review and provide copies of every video for every case to defense attorneys.

This includes the initial stop, the progress of the investigation, and interviews of witnesses, victims and defendants by the police.

Prosecutors, according to the release, must review the videos carefully in order not to reveal sensitive information to which the defense is not entitled, such as identity of informants. More serious cases involve as many as three or four officers with cameras, and the video of each one must be reviewed by the prosecutor’s office.

Clement said in the release he is very grateful to the Board of Supervisors. He said that he is hopeful that the assistant prosecutor position will be fully funded by the state perhaps as early as next fiscal year at which time the county will no longer need to supplement the salary for the position. According to caseload information, the Lunenburg office has long been entitled to a full-time position, but the state had chosen not to provide the funding. The state is now in the process of removing positions from counties and cities that are overstaffed and assigning the positions to those such as Lunenburg County that are understaffed, according to the release.

Meherrin lights up the night