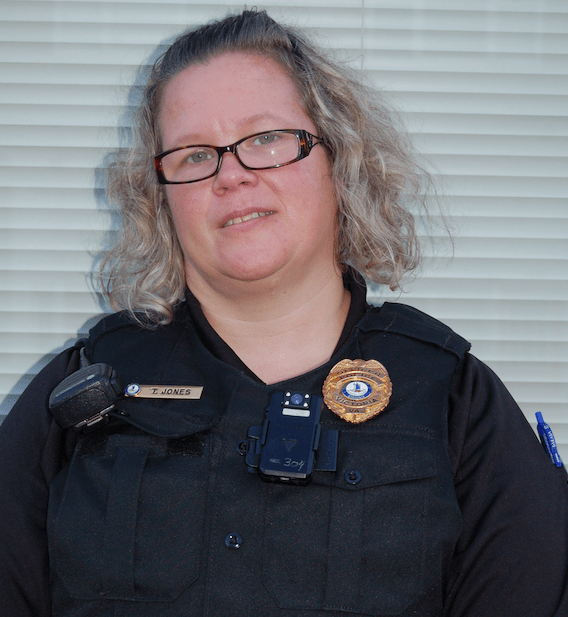 The Town of Victoria has a new full-time police officer. Officer Tonya Jones officially began the position Sept. 1 and will be reporting to Victoria Police Department Chief Keith Phillips.

About the new hire Phillips had this to say, “It is a privilege to have her working for me.” He continued, “Jones is team oriented and is a major asset for the Town of Victoria.”

Jones attended and graduated from the Virginia Criminal Justice Academy in Lynchburg in June 2016. After graduation she began working full time for the Sheriff of Lunenburg County.

Jones currently lives in the Town of Victoria. She moved to Victoria in 2016. She grew up in nearby Prince Edward County in the town of Farmville.

On her thoughts of joining the Victoria Police Department Jones had the following to say, “I have previously and do now work with great people. I want to thank the Lunenburg Sheriff’s office for giving me the opportunity to be a law enforcement officer. And I am also thankful to the Town of Victoria and the (Victoria) Police Department for giving me the chance to grow with them.”

Lunenburg County is home to one of the five teams that constitute the Virginia Communications Cache (VCC), and Lunenburg Program... read more