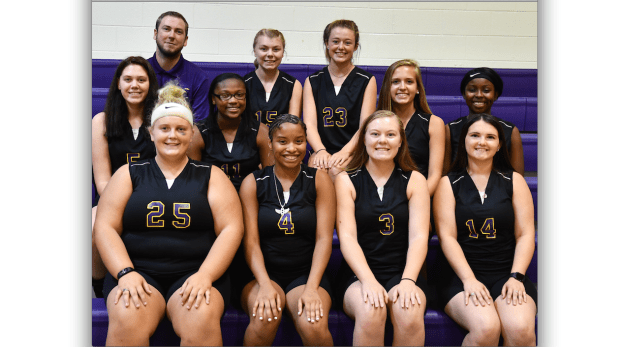 Young squad aims to be competitive

Central High School’s varsity girls volleyball team entered this week with an 0-6 record, but the Lady Chargers have clear potential on their young roster, led by a small senior core and returning Head Coach Alan Hershberger.

“I think if we work hard and play to the level that we are capable of, we should be competitive with most teams in the district and region,” Hershberger said. “We have a fairly young team this year, so confidence and knowledge of the game are what we need to focus on.”

Last year, Central finished 7-11 overall and lost in the first round of the Region 1B playoffs.

Graduation led to the loss of five players earlier this year, including Keyonna Pryor, Emma Hart, Samantha Bishop, Riley Long and Haley Hayer. Four of them were starters.

This year, the Lady Chargers are comprised of four seniors, five juniors and one sophomore.

“Each of them shows a great work ethic in practice,” Hershberger said. “Each of them focuses on putting the team first and getting better each day.”

The coach noted that fans can expect consistency in style of play, type of rotation and overall skill level of the team.

“I wouldn’t say there is any major change,” he said. “I think this team is really focused on coming together and having the best season possible. I’m excited to see what we can do this year.”

After Tuesday’s road match against Nottoway High School, the Lady Chargers are set to host Goochland High School on Thursday at 7 p.m.

Bruce Love, pictured above, achieved a hole-in-one while playing in the Twilight League at Lunenburg Country Club on Sept. 4.... read more