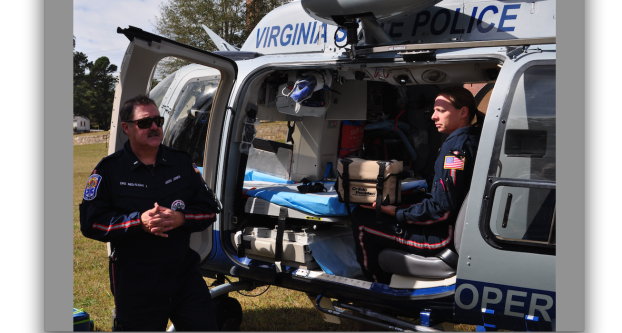 The event, hosted by the Virginia Office of EMS (Emergency Management Services), is designed to provide first responders and other public officials methods to manage a large scale working accident with multiple victims as well as triage patients involved.

According to Craft, the event was the work of a six-monthlong planning and organizational effort.

The days scenario for the event was a Parker Oil truck driver, who suffered a heart attack, crossed over the yellow line, hit a school bus and caused the bus to go through the fence at the park hitting multiple bystanders which created a total of 87 patients. The scenario was based off a Kenston Forest school bus was involved in an accident on U.S. Route 40, outside of Kenbridge, this past summer.

The day ended with a ‘STOP THE BLEED’ class. The class, presented by Craft, was to encourage bystanders to become trained, equipped and empowered to help in a bleeding emergency before professional help arrives.

The Get Schooled series is designed as a fun interactive way to teach youth about the environment, history and recreation... read more