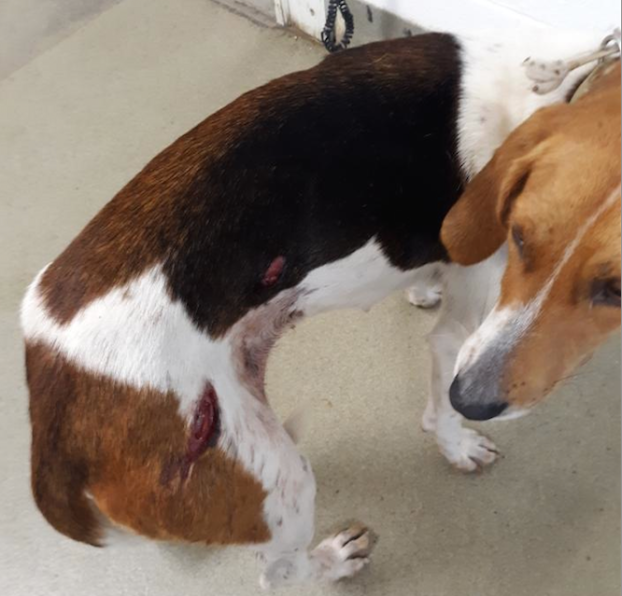 Pictured is a dog that was shot and wounded in Victoria.

Shooting of hound under investigation

Lunenburg County Animal Control is asking the community for help as it investigates the shooting of a hound last week.

Elliott took the tri-colored hound to Lunenburg Animal Hospital and after being x-rayed found the dog had been shot. The dog is still receiving medical treatment and improving daily, Elliott said.

“This is the first dog they’ve had shot in a while and it could have been an isolated incident, but his office wants people to know they are seriously investigating the incident,” Elliott said.

“We need the public to know we’re investigating … and maybe someone heard something and could give us some information,” he said.

Lunenburg animal control handled over 500 animals last year, and works hard to adopt out or send to no-kill shelters as many as they can, Elliott said.

Trunk-or-treat fun for all

Getting in the Halloween spirit children and adults dawned costumes, grabbed goodie bags and headed to the towns of Victoria... read more