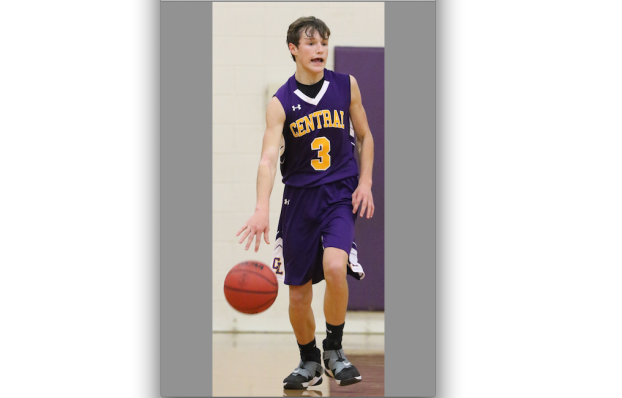 ‘A great group of kids’

Central High School’s varsity boys basketball team concluded the 2019-20 season with an overall record of 1-18, but there were positive takeaways from a difficult campaign.

“This year’s team was a great group of kids to coach because they worked hard and had a great attitude all the way through the season,” Chargers Head Coach Mike McGrath said. “We have a lot of areas to improve upon and need to work on those skills in the offseason.”

He averaged eight points, five rebounds, four assists and two steals per game. He also led the Chargers in 3-point shots made with 30 and led them in rebounds and assists.

Tyler McGrath was among five juniors on the team that Coach McGrath will look to for leadership during the 2020-21 season.

The Chargers concluded their season Monday, Feb. 10, with a non-district home game against William Campbell High School. The Generals prevailed in lopsided fashion, 85-33.

“Too many turnovers led to the difference,” Coach McGrath said.

Leading the Chargers in scoring was Taylor with 15 points.

“We did not play as bad as the score indicates,” McGrath said. “We just had very inconsistent shooting that led to this outcome.”

Though Region 1B is small, Central did not qualify for the regional tournament as only the top eight teams make the cut.