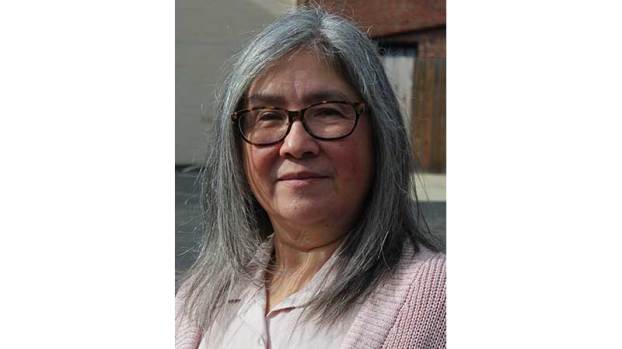 Trudy Berry has a passion for justice, and that passion is what is pushing her to seek election to the House of Delegate’s seat next year. (Photo by Crystal Vandegrift)

PROGRESS: Her passion is justice

Trudy Berry’s passion for the justice system and helping those in need led her to seek the Virginia House of Delegates seat for the 61st District this past November. It is also the driving force behind the reason she says she will seek the seat again 2021.

“We need policies that will ensure economic, environmental, criminal, racial, and social justice,” she said. “Discrimination in job and housing opportunities, inequities in school funding, healthcare access, infrastructure, and criminal sentencing are injustices that need to be rectified.”

Berry grew up in Michigan. Right after high school she enlisted in the U.S. Air Force working as a Legal Services Specialist.

Originally from the Philippines, Berry moved around through the years working in various military and State Department offices before ultimately moving to Virginia in 1990.

“Moving around frequently while growing up, and in adulthood, gave me an appreciation for diverse cultures and socio-economic situations,” she added.

Today, Berry lives in Lunenburg County and works to stay up to date on issues that adversely affect residents of Lunenburg and surrounding areas.

“My immersion into the community was gradual,” she said. “I worked for a short time at Walmart in Farmville, finished my degree program at Longwood, worked as a substitute teacher in the Lunenburg school system, became a regular attendee at the Lunenburg supervisors meetings joined a couple of organizations, and worked for a few years in a small office in Victoria.”

Berry said she became so involved in her community because not enough was being done.

“Since I moved to Lunenburg, so many businesses have closed, and I’ve been told of other businesses that closed before that,” Berry explained. “Education, jobs, healthcare, and a clean environment are for everyone. A poor economy hurts everyone. A government that represents special interests over human rights and urban issues over rural is not a government I care to have.”

The citizens of Lunenburg are special people in Berry’s eyes. She says everyone she comes in contact with is friendly.

“That makes  living in Lunenburg nice,” she said, “In fact, I don’t recall coming in contact with any unfriendly person while living, working, volunteering, or campaigning.”

When she is not busy fighting for justice, she can be found enjoying television shows for pure entertainment –  no analyzing or trying to learn anything – just giving her brain a rest, she says. “ I also enjoy taking time out to look out in the yard and watch the birds and squirrels.”

Berry continued, “I love the countryside. Looking out across the farmlands and watching the farm animals. I just like rural living and the small-town atmosphere in Lunenburg.”

All you need is a book

Hampden-Sydney College (H-SC) was the place to be Wednesday, Feb. 26, for more than 1,100 elementary school students from around... read more