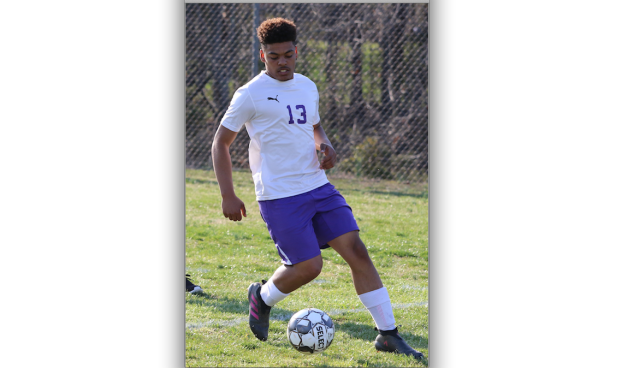 Central High School’s Khalil Wood is expected to be a leader for the Chargers this season on defense. He is one of the team’s two seniors.

Experience leads to hope for Chargers

Central High School’s varsity soccer team is more populated by underclassmen than upperclassmen this season. But the squad’s youth is helping fuel significant optimism that the Chargers will be on the ascent this year.

“I don’t want to say too much, but I am hopeful, just looking at the district, that we can be more competitive than we have in the past and more successful and hopefully win a few more games this year,” Central Head Coach Hunter Dipaolo said.

The Chargers went 4-12-1 overall last season. Their run ended in the Region 1B Tournament quarterfinals. As the No. 5 seed, they fell 9-3 to host No. 4 Altavista High School.

Dipaolo expects senior striker Hunter Meade to be a leader on offense, and the coach also highlighted senior Khalil Wood.

“Khalil is a leader on the defense, so they’re probably going to be the two guys I’m going to rely on the most as far as leadership goes,” Dipaolo said.

Central’s roster may look young, but Dipaolo said there is a good bit of experience there, not so much through travel ball but rather through playing in the community, both rec league and pick-up games.

“I would say we definitely have, for the younger players, more experience than we’ve had in the past,” he said. “That’s kind of why I’m so hopeful.”

The coach noted he thinks the Chargers’ games against Nottoway High School could serve as an especially good test of what his team can do.