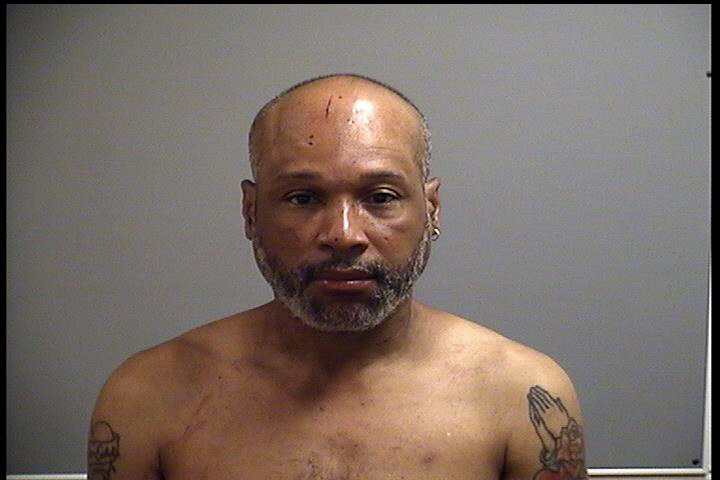 Terrance King has been convicted of first-degree murder in the death of Earl Ray Cox in May of 2019.

Terrance Alonzo King, 49, of Kenbridge, was convicted Tuesday, June 30 of first-degree murder in the killing of Earl Ray Cox during a trial in Lunenburg County Circuit Court.

A press release from the office of the Lunenburg Commonwealth’s Attorney said King was also convicted of felony unlawful wounding of Nicolette McKnight and a misdemeanor of destruction of property that occurred May 11, 2019.

Earl Ray Cox, 41, of 683 Sugar Hill Road, died of blunt force trauma to the head with evidence revealing he had been struck repeatedly on the head and body with a large rock, a three-foot long decorative wooden spoon, and a metal shovel, according to Commonwealth’s Attorney Robert Clement.

Clement described the murder as one of the most brutal beatings he has prosecuted in almost 40 years.

“The autopsy examination and photos revealed the bone of the back of the skull to be completely broken into at least four fractured pieces,” Clement said in the release.

King will be sentenced on September 29 after preparation of a pre-sentence report. He is facing life in prison as the maximum sentence by statute.

Clement praised the Lunenburg Sheriff’s Office in the press release, and particularly Deputy Sheriff Peter Dayton, for the intensive effort in gathering evidence, interviewing the defendant and witnesses, and testifying in court.

Clement called 14 witnesses and submitted 47 exhibits to prove the beating was a pre-meditated killing, and not self-defense or a lesser-included offense of voluntary manslaughter or second-degree murder as claimed by the defense.

According to the prosecutor, the testimony in court showed King had a former four-year relationship with Nicolette McKnight of Sugar Hill Road in a home adjacent to Parrish Trucking Company.  McKnight had kicked King out of her home in early April, 2019.  They maintained some contact, but not as a couple, according to McKnight.

Sometime after 9:00 a.m., King had gotten a ride with a friend  from Kenbridge to take him to Nicolette’s house to pick up his clothes, the release stated.  Just before getting to the entrance to the driveway, King saw Cox’s Jeep Cherokee in the yard and told his driver to let him out. Before the car even stopped, still going about five miles per hour, according to the driver, King jumped out of the car and said, “Go.Go.Go.”  The driver left, but noticed King running toward the trailer about 35-40 yards further.

McKnight became aware of King’s presence when she heard him pounding on her front door, demanding that she open it.  She told him to go away, but he refused. Fearing that he would break the door, McKnight cracked it open to tell him to leave.  King pushed the door open and hit her on the side of her head with a 7-pound rock. She struggled with him in the living room.   Cox entered the room, pulling King off of her. King then turned his fury on Cox.

They fought into the hallway and to the bedroom and back.  King picked up a large wooden decorative spoon that had fallen from the wall, being 39 ½ inches long and weighing more than two pounds, according to the release.  King  hit both Cox and McKnight repeatedly, the release stated. The two men fell outside the door where King continued to hit Cox with the spoon until it broke. King then took a large rock and began to hit Cox’s vehicle. King then turned on Cox again.  Cox slipped and fell forward to the ground. McKnight said at this point, King began hitting Cox in the back of the head several times with the large rock.

King then tossed aside the rock, ran over to the end of the house trailer and grabbed a short shovel, similar to a military shovel used by infantry soldiers, being 23 inches long and weighing over two pounds. King repeatedly hit Cox on the head and the body. At one point King went back into the trailer and took McKnight’s keys. When King came back out, Cox was stumbling toward Parrish Trucking Company where Nicolette had run for help

Jeff Parrish saw the commotion about 100 yards away. His adult son, Eli, and his father,  Wayne, also saw it from about another 100 yards away. All three testified that they saw King pursing Cox, hitting him repeatedly with the shovel, as Cox only raised his arms in a defensive posture to attempt to block the blows. Eventually Cox fell to the ground in the parking lot as King continued to beat him with the shovel. Jeff Parrish yelled at King to stop and told him he had called the police.   Brent Lawson, a truck driver for Parrish, who had just unhooked the trailer to his truck, saw the beating and drove over to the site, grabbed an iron bar in his cab, and approached King.

King walked over to the back of a nearby silo where he threw the shovel, the release stated. As he walked back to Cox, he stomped his upper body several times before finally walking away, cursing at McKnight and ignoring commands of the Parrishes to stay for the police. King walked down the road toward Perseverance Church.  Wayne Parrish followed him at a distance in his truck, watching him go left onto Gigg Road and eventually cut into the woods to the right.  Deputy Sheriff Peter Dayton and Sergeant Kevin Abernathy arrived and began a search.

In the meantime Wayne Parrish drove to the next driveway of a tenant house.  He met a vehicle coming out and saw that King was in the passenger side.  The car stopped, and the tenant told King to stay in the car while she checked on what Parrish wanted, the release said.  She testified that King jumped out, and walked aggressively toward Parrish with his chest out and his fists balled up at his sides.  She yelled at King as to what he thought he was doing and to get back into the car if he wanted a ride. Parrish then told the tenant what King had done.

The tenant testified that King had arrived at her house, knocking on the door, awakening her, and asking for a ride to Kenbridge, stating that he and McKnight had gotten into a fight.  The tenant testified that she was irritated by the intrusion, but knew King because he used to catch a ride to work with her boyfriend. She knew he and McKnight had an estranged relationship and felt it best to get him away from being able to go back to McKnight’s house. The tenant was devastated to learn of the death of Cox, having known him all of her life as a good friend.

Deputy Dayton took King into custody without any trouble.

In the meantime, Cox was being treated at Parrish Trucking by Paramedic Michael Herndon who testified to the injuries he observed. A video was shown depicting Cox’s labored breathing. He was conscious, but unable to communicate.  He was sent by helicopter to MCV in Richmond where he died.

The medical examiner testified to the multiple wounds on Cox’s body, including cuts, abrasions, contusions, a nearly-severed fingertip, a large laceration across the palm of his hand, and especially the head trauma of the crushed skull which she said could certainly have been caused by being hit with a large rock and the shovel.  This caused the death of Cox, she said.

King did not testify on his behalf, the release said.