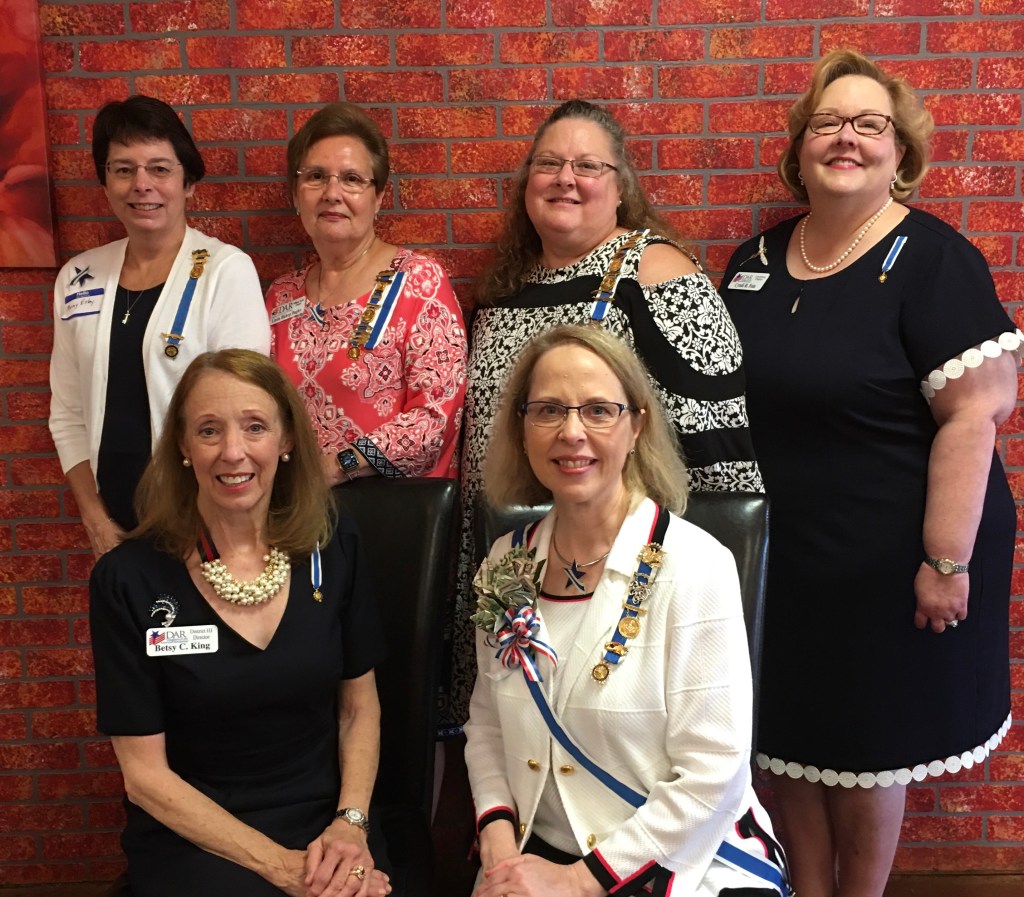 The Judith Randolph-Longwood and William Taylor Chapters of District III of the Virginia Daughters of the American Revolution welcomed Virginia’s State Regent LeAnn Turbyfill to a luncheon held in her honor at the Herb Cottage in Blackstone on June 20. 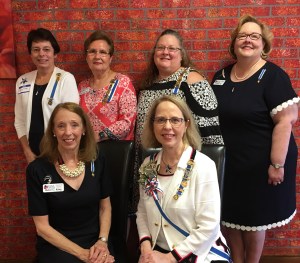 After lunch, the group heard a speech by Turbyfill in which she challenged chapters to reassess, readjust, and then carry out modified ways to shine the light of DAR in spite of the challenges presented by COVID-19.

The theme of the State Regent’s triennium is “Enlighten, Enliven, Engage! Shine the Light of DAR!”   She has three goals for her administration in carrying out this theme:  support of historic Smithfield, Blacksburg, with emphasis on candle making and other trades;  community outreach through grants to support local  historic, educational, and patriotic projects;  support for the Center for Teaching the Rule of Law. Both of the hosting chapters presented the state regent with monetary gifts to support these projects.

The Daughters of the American Revolution (DAR) is a non-profit, non-political service organization for women who are directly descended from soldiers or others of the Revolutionary period who aided the cause of independence. The organization promotes historic preservation, education, and patriotism. The DAR has more than 1,000,000 members in the United States and other countries.