Referendum could cause lasting damage in the community 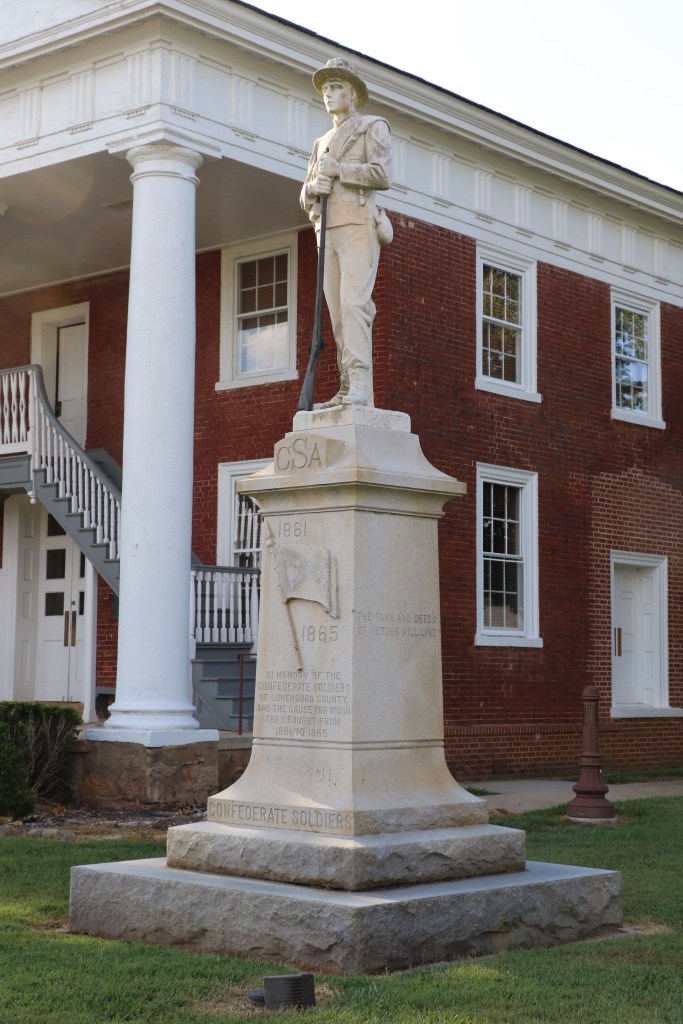 The outcome by the majority of the Lunenburg County Board of Supervisors to wash their hands of the decision on removing the Confederate soldier statue in front of the county courthouse is understandable as it widens the responsibility of a big decision, but it is also troubling for the deep community division such a debate could likely foster.

The board voted 5-2 last week to place a question on the November ballot about whether or not the statue, sitting on the courthouse lawn since 1968 should stay, or go.

Hopefully it won’t come to that. Hopefully Lunenburg can have a calm, reasonable discussion about the statue with each side accepting the result and continuing to move the county forward. Thursday’s supervisors meeting was not a good precursor of that sentiment as the issue seemed to quickly boil down to race.

The board’s two African American members voted to hold a public hearing to begin the process to remove the statue outright but received no support from their fellow white supervisors. Five citizens were allowed to speak on the issue, four white, one black. The white speakers all strongly supported leaving the statue right where it is, one while wearing a Confederate heroes T-shirt. The lone African-American lady who spoke, made a case for removing the statue. The five white supervisors then voted to send the issue to a referendum, while the two African-American supervisors cast votes in opposition.

As the county travels what could be a very long road to the November ballot box, listening will be needed on both sides.

We saw during last week’s short discussion there is a great deal of passion in this argument. That passion must be matched by understanding of the opposite viewpoint.

Some effort must be made by community leaders to foster healing after the votes have been cast. The divisions that will likely be brought about by this debate leading up to November cannot be allowed to fester after the decision has been made. Whether the statue stays or goes is almost immaterial If the debate leaves the community so broken and wounded it cannot continue to work together for the common good.

Here’s hoping our eyes can see what those of other viewpoints can see, our ears can hear not only words but also pain and we can feel each other’s emotions as our own through this process.

This referendum has the potential to send the county hurtling backwards to fight the Civil War in our hearts yet again, or it can propel the community forward with greater understanding of each other and our common desires as people. May it be the latter.

His thoughts — The snowball grows, but the brick wall isn’t there

His thoughts — New GDP reports points to start of recession