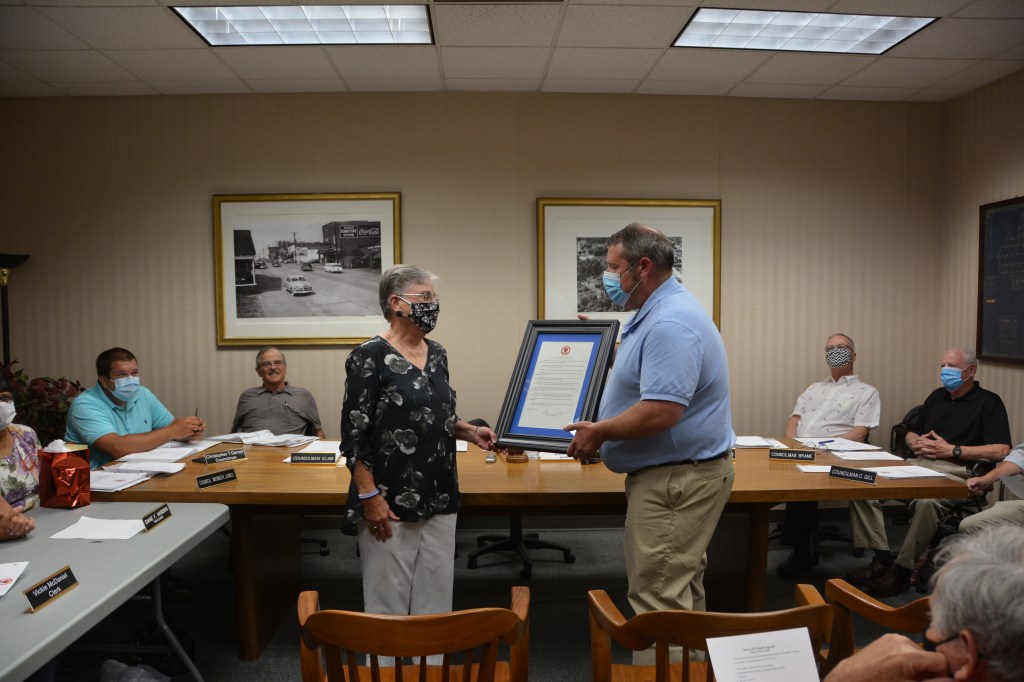 Mayor Allen Smith presented former Mayor Carol Watson with a Resolution of Appreciation to the Town of Victoria and Lunenburg County. Watson served the citizens of the Town of Victoria and Lunenburg County since July 1982. She was elected the first female Mayor for Victoria in July 2000 and served until her retirement in June of 2020.  Town Manager Rodney Newton also presented Watson a painting of the Victoria town emblem, which was painted by his daughter Emma. The Victoria Town Council expressed its appreciation for Watson’s commitment to the citizens of the town after 39 years of public service. 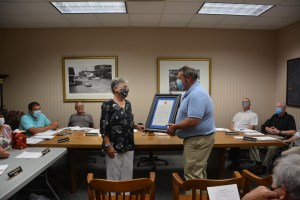