The model starts most seasons, including football, in 2021.

The delay comes in an effort to limit the spread of the novel coronavirus. 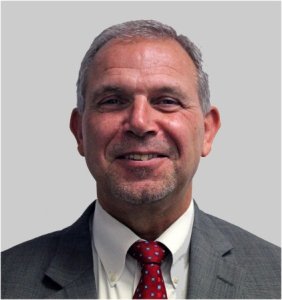 The calendar will be as follows:

“We all understand the physical and mental health benefits of getting our students back to a level of participation,” VHSL Executive Director Dr. John W. “Billy” Haun said in the release. “The Condensed Interscholastic Plan Leaves open the opportunity to play all sports in all three seasons if Virginia moves beyond Phase 3 and/or Phase 3 guidelines are revised and high risk activities are allowed.

“This plan also allows schools the opportunity to open the year and get school started and deal with issues such as schedules, academic plans, transportation, dealing with possible outbreaks of COVID in the school,” he said. “The VHSL will continue to work closely with the best available information and directives provided by the governor, the Virginia Department of Health (VDH) and the Virginia Department of Education (VDOE).”

During a Monday morning VHSL press conference, Haun added some details and context to the executive committee’s decision.

“The dates that you see right now may not be the dates that are all etched in stone as we move forward, so there could be some adjustments to those,” he said.

He also noted the committee’s action meant it was adopting a plan addressing where the state is in Phase 3 of the reopening process.

“So if we were to move beyond Phase 3 or move backwards from Phase 3, the Virginia High School League, we would have to look at a different plan and how that movement, or the difference in the date affects us,” he said.

Haun said the postseason aspects of high school sports have yet to be determined.

“The executive committee is going to meet again on (August) the 24th at 1 o’clock,” he said. “Virginia High School League staff will bring back a plan and talk about what postseason activities may look like. There are some folks (who) are in favor having a playoff system, trying to stay as traditional as we’ve always done with playoffs, but then there are some other folks (who) aren’t sure that playoffs are the way to go that maybe look at some other culminating event, maybe it be more sectional or regional.”

He also said attendance at athletic events is currently going to be capped at 250, including the participants, coaches and people running the event.

Haun explained how the VHSL’s current plan would be affected if different regions of the state end up being in different phases of reopening at the time sports are set to begin.