The Virginia Independent Schools Athletic Association (VISAA) announced Friday, July 24, it had canceled state championships in all sports for the fall 2020 season due to the COVID-19 pandemic.

Kenston Forest School competes for state titles within Division III of the VISAA, and its softball team won the state championship in 2019. 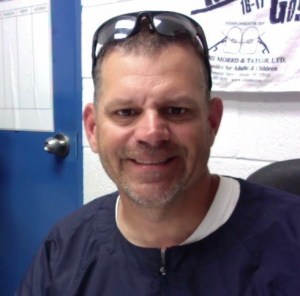 The VISAA’s cancellation will not affect Kenston Forest in football, however. The school switched from 11-man to eight-man football in 2018, leaving the VISAA in that sport and joining the Virginia Independent Schools Football League (VISFL).

Kenston Forest Athletics Director Joe Maione said the status of the fall 2020 football season and football state championship for the Kavaliers will be a school-based and VISFL-based decision.

“We meet again Aug. 5 with the VISFL, the football league that we’re a member of for eight-man football, to make some decisions on that going forward,” he said. “I know we’re all in favor of trying to get some experience for our kids. What that will look like, I think, is still anyone’s guess.”

Maione said Kenston Forest, which competes in the Virginia Colonial Conference, is still in the planning stages for the fall sports season, and its student-athletes have started back with conditioning for most of the school’s fall sports under guidelines.

“We’re meeting as a conference later today and discussing options for the fall,” he said Tuesday, July 28. “I don’t think anything’s on or off the table.”

unanimously not to sanction any championships for the fall 2020 season in response to the pandemic and after consideration of many factors, including the health and safety of all concerned and the operational challenges faced by member schools.

fall sports,” VISAA Executive Director Richard H. Kemper Jr. said in the release. “VISAA did not take any action with respect to winter or spring championships. VISAA expects to make a decision on winter championships by early November.”