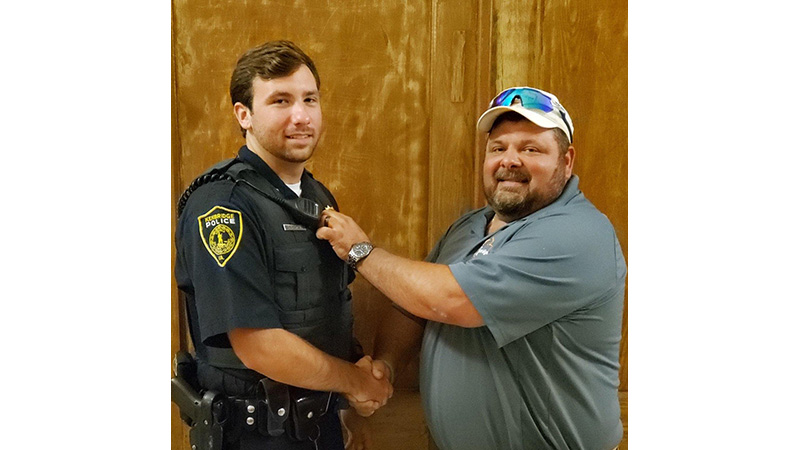 Barnes said the town is quickly working to add as many as three full-time officers to get back to a normal level of staffing. In addition to Barnes, the town’s police force has four part-time officers who help patrol the town. The lack of staff has led Barnes to commonly work 10 to 12 hours shifts instead of the typical eight hours.

Having been with the force since joining when he was 21 in 2017, Barnes grew up right outside Kenbridge and attended Kenston Forest School. He continued his education at Southside Virginia Community College where he earned an associate degree before graduating from Central Virginia Justice Academy.

Barnes said he made the career choice to go into law enforcement as a way to help his neighbors.

“I believe in myself and my ability to help the community, and that’s why I really did it,” Barnes said. “Growing up here, I was quickly able to trust the citizens and they trust me. Over the past three years now, that’s grown a lot, and I’ve met a lot of people I didn’t even know lived in town – a lot of good people.”

He said his typical days are never very typical. Barnes said some days there may be one call and other days there could be seven calls, and they would all be different.

Barnes said despite the current staffing situation, Kenbridge has remained under the full coverage of the town’s police force.

He said additional officers will be joining the force soon.

“We hope to have people as soon as possible, but it’s hard to tell,” he said.

Clean some trash and win some cash