In 2009, Fiona Broome first coined the phrase “Mandela Effect” explaining how folks believe something that just isn’t correct or accurate.

The idea is based around how most people believe South African President Nelson Mandela, died in prison in the 1980s. Truth is, Nelson Mandela died on December 5, 2013 at his home at the age of 95. 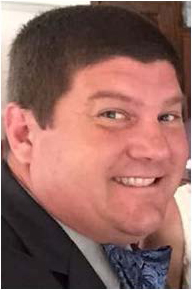 Folks believed the wrong information with such force that they refuse to accept the correct answer. Other examples of the Mandela Effect are: Darth Vader never said “Luke, I am your father.” In Episode V of Star Wars, he actually said, “No, I am your father.” How about how it is believed that Snow White says, “Mirror, mirror on the wall, who’s the fairest of them all,?” when the phrase actually began with “Magic mirror on the wall…” Did you know Rich Uncle Pennybags (Mr. Monopoly) doesn’t have a monocle? What about the fact that Hannibal Lecter never says “Hello, Clarice” in The Silence of the Lambs. “We’re gonna need a bigger boat”? Not quite. You are gonna need a bigger boat is the actual line from, Jaws. Tom Cruise isn’t wearing sun glasses when he slides across the floor in his underwear and dress shirt in “Risky Business.”

The Mandela Effect even happens within churches and followers of Christ too when it comes to what the Bible actually says. Seven deadly sins? Paul tells the Romans church, “For the wages of sin is death,” letting us know that any and all sin pulls us away from God and all sin is deadly. “But the gift of God is eternal life through Jesus Christ our Lord.”

Eve gave an apple? No clue. It was forbidden fruit (Gen. 3:6). Three Wisemen? No idea how many. It could be two or it could have been a ton, we simply know they brought three types of gifts, but multiple people could have brought the same gift. What about “God helps those who help themselves”, “God never gives more than you can handle,” or “Spare the rod, spoil the child?” Just not there.

The idea of how God never gives more than we can handle may be a playoff of 1 Corinthians 10:13, but nowhere do we see this idea. And the spare the rod thought. Ha! A better thought to follow is a paraphrase of Proverbs 23:13, “Beat your ‘kid.’” Save their soul. They won’t die.” That’s more accurate and needed. The point is, don’t take folks word for it…even the preachers.

During the week of Sept. 17-23, citizens of the United States are called upon by the National Society Daughters of... read more