Wachsmann announces another run for delegate

Otto Wachsmann announced his candidacy for delegate in the 75th District Wednesday, Sept. 23.

Wachsmann, a pharmacist from Stoney Creek, was the 2019 Republican nominee for the 75th district where he ran against incumbent Rosalyn Tyler in one of the closest House races in Virginia. 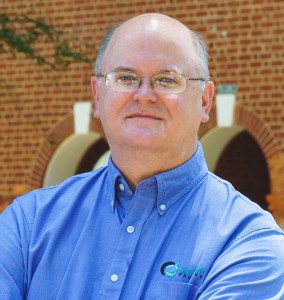 “In 2019, I decided to run for the House of Delegates because I was tired of seeing Southside being left behind, while other regions in Virginia continued to grow and prosper,” Wachsman said. “Today that message is no different. While there are a few private enterprise initiatives having some success, I still see it on the faces of people every day at the pharmacy and events that I attend. I have watched as businesses continue to close, young people flee our community, and families struggle to make ends meet.”

Wachsmann said Tyler has not brought economic growth to the district.

“As a lifelong resident of Southside, I believe this can be one of the best places to work, live, and raise a family. With abundant undeveloped land, major interstates and rail corridors running though our district we should be a prime location for business. But Roslyn Tyler has represented this district for 14 years and has very little to show for it. She would rather appeal to her extreme partisan base than work towards common sense solutions that help our community grow. Her voting record is clear, supporting anti-police legislation, higher taxes, more regulation, and voting against the Right to Life. We need real leadership in Richmond that will fight for our community, defend our values, and help families thrive.”

Wachsmann is the former owner of Stony Creek Pharmacy in Stony Creek. He earned his license to practice pharmacy after graduating from the Medical College of Virginia School of Pharmacy in 1986. In 2001, he received his Doctor of Pharmacy degree from the Bernard J Dunn School

In 1997 he was elected and served as President of the Virginia Pharmacists Association.

Otto and his wife Judy live in Sussex County and have two daughters, Katherine (Kate) and Kirsten and are proud grandparents. For 16 years he was a member of the Stony Creek Volunteer Fire Department and is currently an active member of the Joyner Gray Yale Ruritan Club.