Pathway forward is coming into view

It’s often important to hear rumors of something happening before it actually happens, to know the skids are being greased, to understand that a path is being blazed to allow for later access to a desired destination or result.

Silence or no apparent forward motion typically signal that an event or project will not be coming to pass. Sometimes these events or projects materialize seemingly overnight with little warning, but those instances are rare. 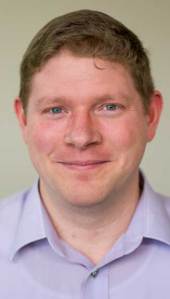 I’m applying the ideas above to the prospects of high school sports actually being played during the 2020-21 school year.

Simply put, there is hope.

Cumberland County Public Schools announced Monday, Sept. 28, that they will be transitioning to a hybrid in-person schedule beginning Monday, Oct. 19.

This is the first definitive news of any high school in our coverage area returning to in-person classes.

The decision of returning to in-person instruction has been delayed in Buckingham County, but it is being discussed, and a timetable is unknown at this time in Prince Edward County.

There is still a ways to go, but there is progress on some fronts, and that is encouraging.

The Virginia High School League has adopted a plan to preserve every one of its sports during the 2020-21 school year by playing them all in between the end of December through the end of June.

It would have been very unlikely that these dates could have remained unchanged if school systems were not even talking about returning to in-person classes until, say, mid-to-late November.

Given the way this pandemic has worked, it has been good to ease into things and allow a new phase to settle in, so to speak. Rushing things has tended to lead to setbacks, panic and retreats.

Some other positive signs for high schools are the falling COVID-19 numbers enjoyed by Longwood University and Hampden-Sydney College, which have both resumed in-person classes. They appear to be showing that this approach could be sustainable.

The pathway back to high school sports is coming into view. Let’s hope that trend continues.

Titus Mohler is the sports editor for The Kenbridge-Victoria Dispatch and Farmville Newsmedia LLC. His email address is Titus.Mohler@kvdispatch.com.

The fall season of friendly baseball, softball and golf events for Kenston Forest School is set to begin in full... read more