At its October meeting, the William Taylor Chapter of the National Society Daughters of the American Revolution learned about the popularity of baseball as a pastime among military personnel during the first half of the 20th Century.  Alexander “Al” Barnes, who is shown here with Chapter Regent Linda Bagley, illustrated his presentation with many interesting vintage photographs.  Barnes, who is currently the Virginia National Guard Command Historian, served in the Marine Corps and Army National Guard, retiring as a warrant officer. He retired as an army civilian in 2015. Barnes is the co-author of a number of books on military history. 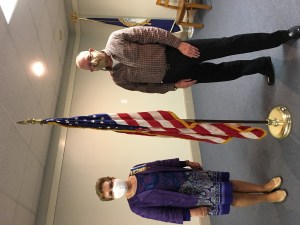 Jesus would be despised as a political candidate

Imagine, if you will, having Jesus Christ forgive every one of your sins you have ever committed, then turning around... read more