The theme of the Veterans of Foreign War (VFW) annual essay contest called Patriot’s Pen and Voice of Democracy was “What is Patriotism to Me?”

Students in grades six through eight entered the VFW’s Patriot’s Pen youth essay contest for a chance to win their share of more than $1.4 million in state and national awards.

The essay contest encourages young minds to examine America’s history, along with their own experiences in modern American society, by drafting a 300- to 400-word essay, expressing their views based on a patriotic theme chosen by the VFW Commander-in-Chief.

The Voice of Democracy program provides high school students with the unique opportunity to express themselves in regards to a democratic and patriotic-themed recorded essay. Each year, nearly 64,500 students in grades ninth through 12th from across the country enter to win their share of more than $2.1 million in educational scholarships and incentives awarded through the program.

The national first-place winner receives a $30,000 scholarship paid directly to the recipient’s American university, college or vocational/technical school. A complete list of other national scholarships range from $1,000 to $16,000, and the first-place winner from each VFW Department (state) wins a minimum scholarship of $1,000. The 2020-21 theme is: “Is this the country the founders envisioned?”

The essays of Sadie Henshaw and Ava Crowder have been sent and entered in to the state level essay contests. District winners will be invited to the district meeting in Amelia in February 2021. 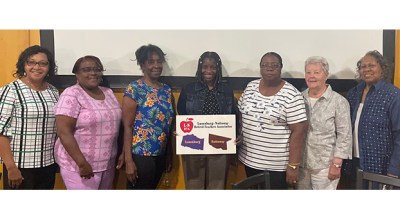 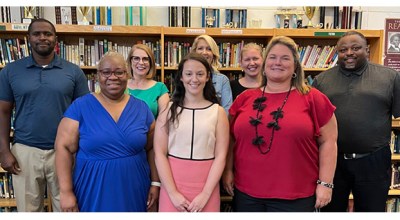