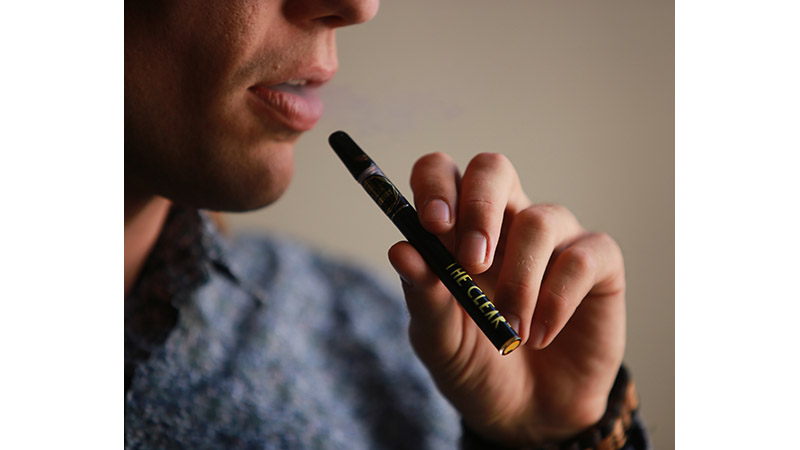 The Lunenburg County Public Schools (LCPS) is planning to use a portion of a $70,000 school security equipment grant received earlier in December to install vape detectors in its secondary school bathrooms and locker rooms.

The sensor devices, which resembled smoke or carbon monoxide detectors, can detect vaping in places such as bathrooms or closets – the kind of places where kids have tried to smoke for decades.

The vape detectors will also be equipped to detect THC oil, a compound found in marijuana, and pick-up sound abnormalities like shouting, which could be helpful in preventing bullying.

Currently, LCPS has no vape detectors at any of its four schools.

Berkley said the administration is hoping installing these devices will deter students from vaping at school.

‘There have been some incidents of vaping in secondary schools.” Berkley said. “While vaping has not been a large problem yet, we hope that we can stop students from engaging in this practice, especially with the misconception that vaping is safe for the user.”

Berkley said with the various sizes and styles of vaping devices, it is easy for them to be concealed, taken to the restrooms, and used between or during classes.

The detection system currently being examined provides more than just vaping detection, according to Berkley.

“This system has a smart sensor that would pick up excessive noises (for example gunshots, shouting) and would send an alert to designated people/locations,” he said.

The new system will not only detect vaping. It can also monitor environmental factors (such as

Currently, LCPS is looking to install 16 monitoring devices – eight at each of the two secondary schools.