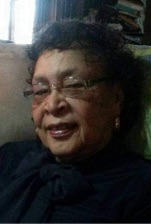 I, Deacon Betty Sue Neblett Spencer was born on Feb. 24, 1948 to Mr. James A. Neblett and Bertha Webb Neblett, who preceded me in death. Betty departed this life Dec. 16 at CJW Medical Center Richmond. Also preceding my death was my daughter, Andrea Denise Spencer; two sisters, Viola Neblett Debose and Nannie Hawthorne and one brother, Robert Neblett. I was educated in the Mecklenburg County School System and continued my education, attending Lehman College in Bronx, New York. I worked for the Board of Education, New York City for over thirty plus years. Upon retiring in 2000, I relocated to Kenbridge, where I continued to work in the education system for Lunenburg County Schools for over thirteen years, until my failing health. While worshipping at the New Grove Baptist Church in Kenbridge, I served as a deacon and assistant church clerk. I was also in charge of the educational fund, which distributed financial gifts to honor roll and college bound students. I leave to mourn my going a husband, Clyde Spencer; a daughter, Constance Sullivan; two grandchildren, Allyce Spencer and Krystin Sullivan; great granddaughters, Kassidy Lenore Tisdale and Kali Andrea Tisdale, who were my heart; my dogs, Max, Prince, Kingston and Dakota; one sister, Frances Neblett Glover; sisters in-law, Jean Neblett, Marie Middough, Evangeline Shaw (Charles), Elsie Pennington (Edward), Louise Woodson, Brenda Johnson (Dennis); brothers in-law, James Spencer, Ulysses Spencer (Loretta), Harol Spencer (Marjorie), Frank Spencer, Earl Lee (Jean); nieces, nephews, cousins, godson, Greg Spencer, adopted son, Gerard “Champ” Polite and a host of other relatives and friends. I lived a good life! I used my mother as a role model. She was the sweetest person I have ever known. When I was a child, I spoke like a child, when I became a woman, I put away childish things. Praise be to God because I don’t know where I would have been otherwise without HIM. Don’t weep for me like there is no hope of seeing me again, you will..but I will be better and more beautiful. There will be no pain, no hate, no envy and no more medicine. There will be freedom like I never had before in my life. Service was held Saturday, Dec. 26 at the Peoples Community Center, 1021 Tidewater Avenue Victoria, Virginia.

Woodrow Wilson “Woody” Hudson, 81 of Victoria, started building in Heaven on Dec. 28. He was the son of the... read more