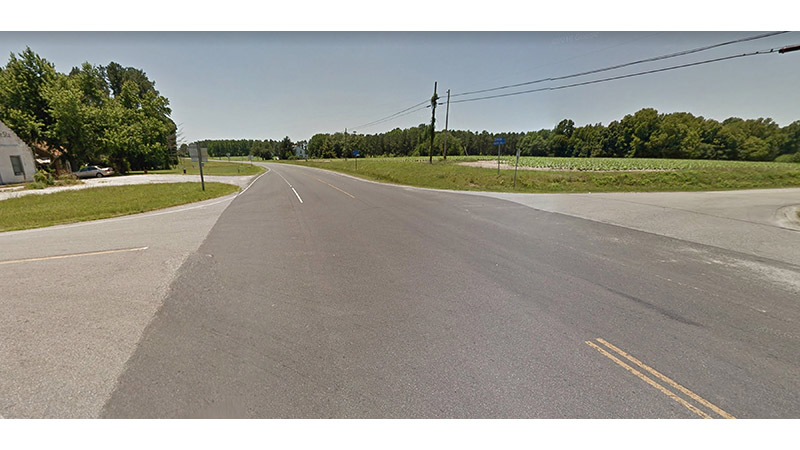 What some say is a dangerous intersection in Lunenburg County has now gotten the attention of the Virginia Department of Transportation (VDOT).

According to Communications Manager Bethanie Glover with VDOT Richmond District, a review of the intersection was completed late last year.

In September, a former Lunenburg County woman Kelsey Daniel, who now resides in Roanoke, started a petition hoping VDOT would recognize the need for improved signs and warning signals at an intersection she said has claimed many lives.

According to Glover, there have been nine recorded crashes at this intersection since 2012, four of which occurred in the past two years.

Glover said of the four accidents, one crash was a rear end collision, one involved an animal strike, and two were angular. The two angle crashes occurred in 2020 and resulted in a fatality in July and a serious injury in August.

Glover said, in both angle crash records, the driver from the Dundas Road approach disregarded the stop sign. In July’s crash record, the deceased driver was not wearing a seatbelt and was ejected from the vehicle.

Since the August crash, VDOT has installed vertical retroreflective strips on the stop signposts at the intersection to increase visibility.

Last fall’s study was not the first of the intersection.

“VDOT also conducted a safety study for this intersection in 2017, and stop bars were installed on the minor street approaches as a result,” Glover said.

Glover said the 2020 study revealed proper signage and pavement markings are present at the intersection, and they are in good condition.

In addition, at the approach of Dundas Road (Route 137), the advanced intersection warning sign and the oversized 48×48 stop sign are large enough to attract the attention of motorists.