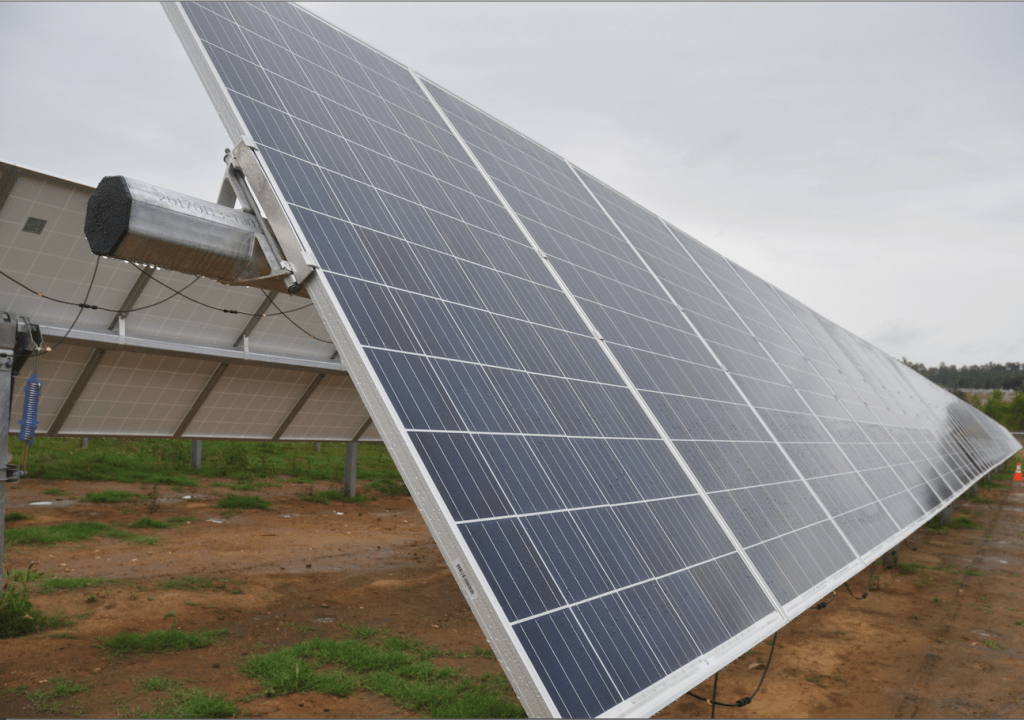 The project would place a solar photovoltaic power plant across 935 acres situated in north-central Lunenburg County, about four miles southwest of Victoria.

Hodsoll told attendees how the project would benefit the county and provide a source of revenue, unlike Lunenburg has seen in the past.

“This project does not impact county services,” Hodsoll said. “There will be no new road to be built, and we will utilize the natural layout of the land to reduce the amount of grading that will be done.”

Hodsoll said the project would increase local tax revenues by and additional $205,000 annually throughout the project’s life.

According to Hodsoll, the Red Brick Project would be selling its electricity to a third party.

“This means this would have no effect on what people in Lunenburg pay for their electricity either more or less.”

Hodsoll said Red Brick’s plan would be to connect to an existing transmission line that runs from Chase City to Lunenburg.

The facility is expected to generate enough energy to power more than 26,000 homes.

Red Brick Solar submitted an official conditional use permit application to Lunenburg in early April 2020 but withdrew its request in July after there were more topics the company wanted to build upon, according to Jaci Friedley, director of public engagement with Apex Clean Energy.

Glenn Millican Jr., clerk of the Lunenburg Planning Commission, said on Sept. 9, 2020, a meeting was held at the request of Red Brick with County Administrator Tracy Gee, County Attorney Frank Rennie and himself.

“There was a general discussion of data and requirements for a new application,” Millican said. “No decisions or commitments were made other than Red Brick’s intent to refile at a later date.”

On Tuesday, Dec. 1, Public Engagement Manager Natasha Montague with Apex Clean Energy confirmed that the Red Brick Solar project has an active application with Lunenburg County for a conditional use permit.

“Though public hearings have not been set for the conditional use permit, we expect to begin that process in early 2021,” Montague said. We will continue to actively develop the Red Brick Solar Project.  This includes continuing to inform the public and the county of our efforts and plans. We hope our next step will be a similar informational meeting with Lunenburg County, which will follow with a Conditional Use Permit (CUP) application this spring.

Montague said that in the meantime, the companies would continue to refine the design of the project through extensive engineering studies, finish interconnection agreements, and complete remaining environmental studies.

During the Jan. 12 meeting, Hodsoll told attendees that Red Brick Solar construction is estimated to begin in 2022, with operations starting in 2023. The  life expectancy of the project is projected to be 35 to 50 years.

Pennington recognized for 20 years of service