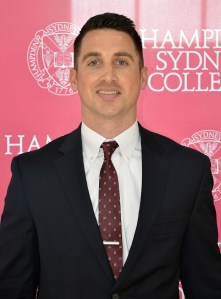 “We are really thankful that we got a chance to compete today,” Tigers second-year Head Coach Caleb Kimbrough said. “Not the result we wanted, but I thought we did some good things that we can learn and grow from.”

Tigers freshman D.J. Wright came off the bench and made a 3-pointer on his first collegiate attempt for the first points by H-SC at 14:27.

The Tigers were within 15-9 at 7:44 after an offensive rebound and layup from freshman Josiah Hardy — his first collegiate attempt as well off the bench.

The Tigers responded with seven unanswered points from Hahn on a pair of layups and a 3-pointer to close the margin to 47-39 with 9:49 remaining. The Maroons, however, answered back with a 14-6 run to take their largest lead of the contest at 61-45 with only 2:37 left to play. A pair of late 3-pointers during the final minute by Wright and Hahn, respectively, helped provide for the final margin.

H-SC will play again on the road in ODAC action at the University of Lynchburg on Wednesday, Jan. 27, at 7 p.m.