Northam calls for kids to go back to class

A press release from the office of the governor added that in recognition of significant learning losses over the past year, Northam also encouraged school divisions to offer classroom instruction during the summer months for those who choose.

Lunenburg County Public Schools (LCPS) is set to begin offering in-person instruction the week of Feb. 22, and LCPS Superintendent Charles Berkley said expanded summer learning that will offer students recovery from lost in-person time will be offered but is still in the planning stages.

“Day care centers and early childhood educators have demonstrated this throughout the year. We know the right things to do — requiring masks, keeping desks further apart and more.”

The governor, along with top state education and public health officials, communicated his new education goals to school superintendents on a call Friday morning and in a letter, the press release stated.

“The health and safety of students, educators, school personnel and communities continues to be our top priority,” Northam said in the release. “We know that children learn better in classrooms and that going to school is vital for their social-emotional needs and for receiving critical services like meals.”

During the press conference, Northam highlighted the toll remote learning has taken on children. He said his fellow pediatricians say they are seeing increases in behavioral and mental health problems and substance abuse. The doctors are writing more prescriptions for antidepressants and stimulants. School divisions are also seeing a decline in students’ academic performance.

In the release, Northam stated in-person learning is also important for the youngest learners, students with disabilities and those with limited access to technology who have struggled most with remote learning. By focusing on mitigation measures, kids will be provided with safe and equitable learning environments.

Northam also announced that his administration will be working to support local decisions around expanding summer learning opportunities, the release stated.

“This won’t be mandatory, but it definitely needs to be an option,” Northam said during Friday’s press conference in reference to expanded summer learning. “Our children need to catch up to be ready for learning in the fall. I want our schools to do this safely, and I want them to prioritize students who need this the most.”

“We are working on it, but it’s a work in progress,” he said.

He added they do know it will be a more significant period of time that students will need to recover than is allowed for during a normal summer schedule. And this summer work will not be called “remediation” but rather “recovery.”

“We’re calling it a recovery from loss of seat time in person that will be done throughout the school division this summer,” he said. “In the past we have done 12 to 15 days … during the summer school. I’m most assured it will be a longer period of time than that. I don’t want to put a number of days on it because I don’t really know at this time, but it will be significantly more than what we’ve done in the past.”

The release noted the Northam Administration is in the process of determining additional resources to support expanded summer learning as an option for school divisions to offer.

“We have the resources available, and they’ll come from a couple sources,” Northam said during the press conference, first pointing to Coronavirus Aid, Relief, and Economic Security (CARES) Act funding. “And then also, we have revenue at the state level, but I can assure you that it is a commitment of mine, it’s a commitment of ours, and we will do everything that we can to support it financially.”

During the press conference, State Superintendent of Public Instruction James Lane said that as it relates to year-round school, it would certainly be the state government’s expectation that teachers would be compensated for any additional time over and above their contract.

Northam addressed a question about how expanded summer learning will impact teachers and their traditional schedules.

“I’ve had discussions with a lot of teachers, and again, I can’t speak on behalf of everybody, but I think the majority of our teachers in Virginia really want to be part of the solution,” he said. “They realize that our children have suffered, and their families have suffered through this, and so I expect there will be a lot of teachers that will say, ‘We want to be back in the classroom. We know our children need to catch up, and we’re going to do everything that we can to help that system along.’

“There will be some that obviously don’t want to,” he added. “A lot of people take summer vacation. I get it. But we’re going to work through that and make sure that we have the resources and the teachers there to get our kids caught back up by the fall time.”

When asked if there was a backup plan for the push to get students back in school should a surge in COVID-19 cases occur, Northam said, “Absolutely, yes.

“None of this is written in stone,” he said.

He also noted that it is not a requirement that teachers and staff be vaccinated before going back into schools.

“But I’m really confident that if these vaccination sites and clinics continue to go well that a good majority of our teachers will have had the opportunity to be vaccinated and feel safe going back into the school setting, if not by March 15th (then) shortly thereafter,” he said.

The release concluded by stating that in 2020, Northam directed $492 million in federal CARES Act funding to public schools and pre-K-12 state-level education initiatives, with all 132 school divisions receiving funds. This included an allocation of $220 million in October, $66.8 million through the federal Governor’s Emergency Education Relief Fund in June and $238.6 million from the Elementary and Secondary School Education Relief Fund for K-12 activities in May. Funding has supported COVID-19 preparedness and response measures for the 2020-21 school year, including testing supplies, personal protective equipment, sanitization and technology for distance learning. 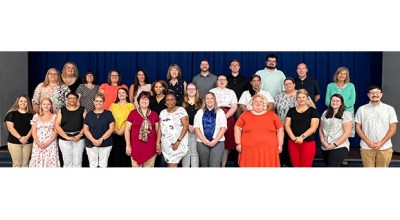 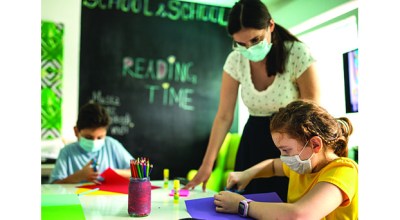