More than 3,000 without power a week after storm 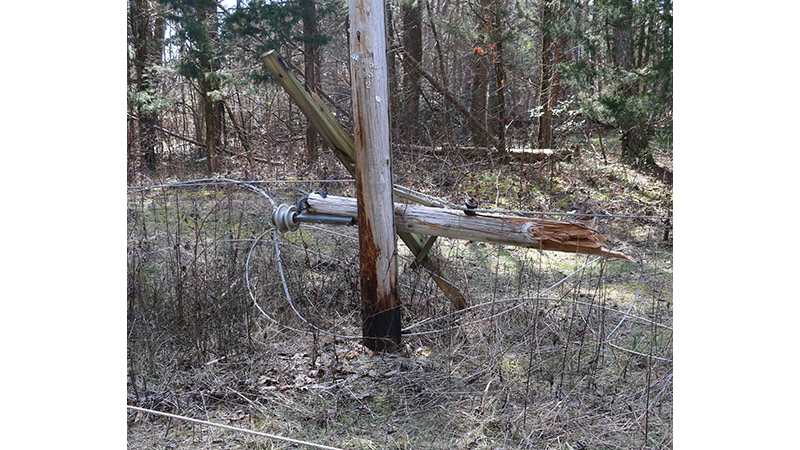 Lunenburg County still has more than 3,005 people without power a full week after a major ice storm tore through the area knocking down trees, splitting power poles and leaving the Southside Electric Cooperative (SEC) power infrastructure in shambles.

SEC officials said Thursday it may be March 1 before power to every customer in the area is restored. The company said 90% of its customers can expect to be online by Feb. 25. In a Facebook post Saturday morning, SEC said crews would continue working around the clock this weekend and that significant progress was expected to be made throughout the day.

SEC brought in 120 additional linemen from Rappahannock Electric Friday but said they did not expect to bring in other because they are at the maximum number of workers they can handle logistically.

One of the problems for SEC is the small number of customers who are out of power per outage. The largest number of customers without power in a single outage is 495 in the area south of Drakes Branch and west of Saxe in Charlotte County. A crew has not been assigned to the outage yet according to SEC’s outage center map but the company points out in a Facebook post that mutual aid and contract crews do not show up on the online outage maps.

The largest outage in Lunenburg County is in the Southwest corner of the county just north of South Hill where 482 people are without power.

Most of the 1,074 outages the coop is working to fix to restore power to the 19,843 customers still waiting for power are in the single digits of customers affected.

There are no outages that would put 1,000 customers back online when the repair is made. The average outage only affects less than 20 customers at 18.43 customers per outage. Most of SEC’s outages affect 10 customers of fewer.

Lunenburg County has the second most outages of any county in the SEC coverage area. Dinwiddie has 3,929 still without power. Charlotte County is third with 2,896 customers without power.

Only 52 customers remain without power in Lunenburg