Still serving his country after 39 years 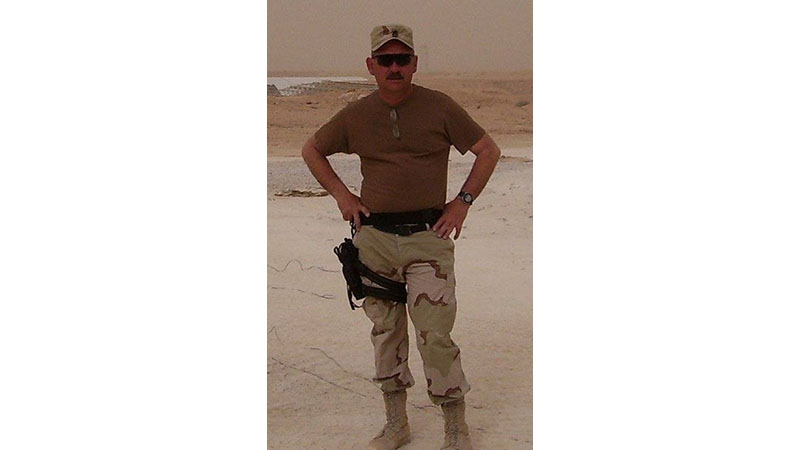 Ray Morrison of Kenbridge joined the United States Army in 1975, following his father and grandfather’s footsteps.

Born and raised in West Virginia on the Williams River, Morrison said he also sought a career in the military because he did not see a future for himself in the West Virginia coal mines.

In 2015 Morrison retired as an E8 first sergeant with 20 years of active-duty service and 19 years in the Army Reserve and National Guard for 39 years of service to his country.

“The hardest part of being in the military was being separated from my family and missing my children growing up,” Morrison said.

During his career, Morrison served in the infantry in Hawaii, Korea, New Zealand and then Germany until the late 80s.

“At that point, I got off of active duty and joined the Army Reserves and then the Virginia National Guard where I served in the field artillery until I moved to the aviation unit as the 1SG of a forward support company,” Morrison said.

Morrison was on active duty serving in homeland security mission New Dawn in 2002 and deployed to Iraq for mission Iraq Freedom for 18 months in 2005.

Upon his return, he was on active duty as the readiness NCO for the next 10 years until he was deployed to Iraq once again in 2011.

Morrison said some of the biggest lessons he learned while in the Army were service, commitment and leadership.

Currently, Morrison is working part time at Fort Pickett in Blackstone for the Department of Military Affairs.

“I love my country, and the commitment men and women in the military make for our freedom,” he said. “And I would do it all over again.”

To see the full Salute to Veterans edition click here.