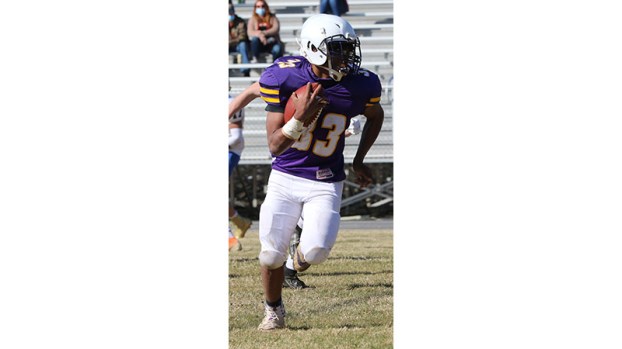 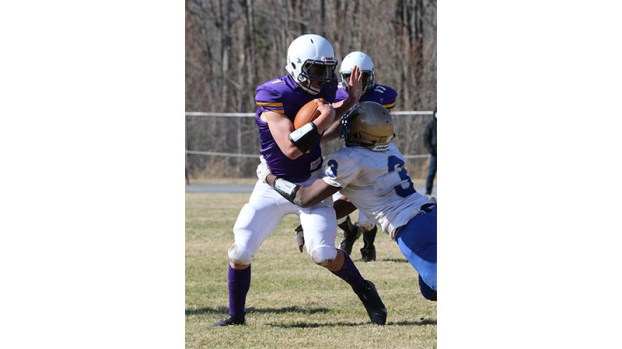 “It was fun to get back out here, man,” Chargers Head Coach Will Thomas said shortly after the game.

Central entered the contest having completed only eight practices.

“But those guys didn’t have a lot either,” he said, referencing the Dukes. “So we were kind of on the same footing. I know they didn’t have a lot of players. They lost some here and there, but they played tough. My hat’s off to them. Most of them played on offense and defense the whole time, so they’re a tough bunch of guys.”

The Chargers had 38 eligible players for the game.

Though the final score was significantly lopsided, it took a little time to develop the large lead as the score was 14-6 in the second quarter.

“Once we kind of got clicking a little bit and picked up on some mistakes that we were making, they got better,” Thomas said of his players.

Highlighting standouts, he started with junior wide receiver NyJae Carter, who finished with 10 carries for 162 yards and two touchdowns and a two-point conversion catch.

Sophomore running back Dasjohn Hurt ended up with seven carries for 81 yards and a score.

Sophomore running back/linebacker Kamarion “K.J.” Watson had eight carries for 43 yards, two touchdowns and two two-point conversions, and on defense, he had five tackles, including one solo and one for a loss, and an interception with a 34-yard return to the 1-yard line that set up another touchdown for the offense.

“Quarterbacks did well today,” Thomas said of senior Tyler McGrath and freshman Connor Mattox. “We alternated them in and out.”

McGrath had a 10-yard rush and completed the two-point conversion pass to Carter, and Mattox ran three times for 21 yards.

“Hunter Hinkle played real well on the offensive line,” the coach said. “He’s kind of a guy that gets things done — undersized but tough kid.”

As a team, Central finished with 44 carries for 447 yards and seven touchdowns, averaging 10.2 yards per carry.

Thomas said his team made some mistakes here and there and has some things to clean up, but he was upbeat overall and pleased to be back on the gridiron.