U.S. Sen. Mark R. Warner (D-VA) joined his Senate colleagues in introducing the Accessible, Affordable Internet for All Act and the Hotspots and Online Technology and Services Procurement for our Tribes and States (HOTSPOTS) Act – two pieces of legislation to increase access to broadband internet in Virginia and across the nation.

“The COVID-19 pandemic has shown us that broadband is a necessity – not a luxury. For too many Americans, lack of access to affordable high-speed internet is the barrier to being able to connect with health care providers online, participate in distance learning, or work safely from home,” Warner said. “In the commonwealth alone, more than 700,000 Virginians lack access to broadband. That’s why I’m proud to introduce these two bills to invest in broadband infrastructure and make it easier for states, tribes, and territories to quickly expand internet connectivity in rural and underserved communities.” 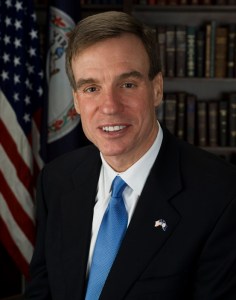 Along with Sen. Amy Klobuchar (D-MN), Sen. Warner introduced the bicameral Accessible, Affordable Internet for All Act – a bill that would put $94 billion towards building high-speed broadband infrastructure in unserved and underserved communities. This legislation would encourage universal broadband access, ensure internet affordability and promote internet adoption in communities.

Along with Sens. Joe Manchin (D-WV) and Susan Collins (R-ME), Sen. Warner introduced the bipartisan Hotspots and Online Technology and Services Procurement for our Tribes and States (HOTSPOTS) Act – legislation that would help libraries across rural America provide broadband hotspots to their communities and ensure Americans have access to the reliable broadband they need to work and learn from home during the COVID-19 pandemic.

This legislation would create a two-year, $200 million hotspot pilot program with a minimum allotment of $2 million per state to allow states, tribes, and territories to purchase and distribute Internet-connected devices to libraries in low-income and rural areas.

Under this legislation, hotspots and other devices would be treated no differently than other items in a library’s inventory, allowing users to check them out and libraries to track who has the devices and for how long, maintaining accountability and good governance while bringing connectivity to homes that otherwise would be lacking.

Shiver in Virginia is underway