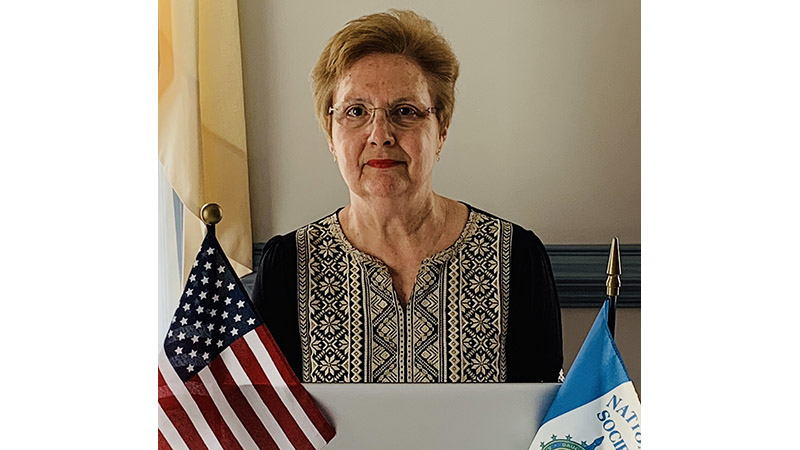 The Virginia Daughters of the American Revolution made history at its 125th State Conference by holding its annual statewide meeting virtually for the very first time.

There were almost 700 participants registered for the one-day event on March 13.

Voting delegates to the convention from the local William Taylor Chapter were Regent Linda Bagley of Kenbridge, Treasurer Milly Casey of Gasburg and Chaplain Shelia Amos of Victoria.  Alternate delegates attending the virtual conference were Betty Winn of Alberta, Abigail Barnes of Lunenburg and Anne Hamlett of Victoria.

Those who were registered were able to see and hear all aspects of the meeting as well as participate in necessary voting through the use of a Zoom electronic feature on their devices, or in the case of alternate delegates, through Facebook Live.

The theme of the conference was “Women in History,” many of whom have been associated with DAR and its goals of promoting historic preservation, education, patriotism and honoring the patriots of the Revolutionary War.

The women of William Taylor Chapter were honored for having logged 11,000  “Service to America Hours,” the largest number of hours submitted by any of the other 126 chapters in the Virginia.

William Taylor’s Regent Linda Bagley was honored by Distinct III as its Outstanding Chapter President.  She was one of seven regents nominated by their respective districts for consideration for this distinguished honor.  The chapter was recognized for other accomplishments as well.

The William Taylor Chapter is the largest chapter in District III with a membership of 97 women.  Although the chapter has members who live outside Southside Virginia, its resident members live primarily in Brunswick, Lunenburg and Mecklenburg Counties.

Any woman 18 years or older who can prove lineal, bloodline descent from an ancestor who aided in achieving American independence is eligible to join the DAR.