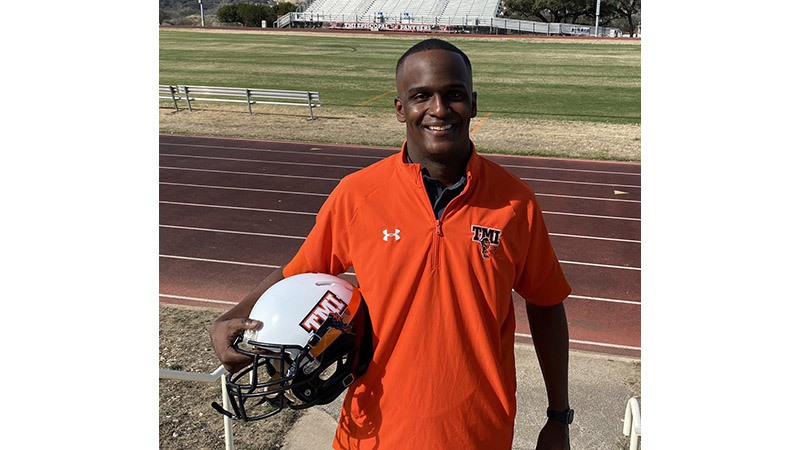 Coach Purifoy has been a part of the TMI community for the past two years serving as assistant commandant in the corps of cadets and as an assistant coach to the football team.

Purifoy said he credits his success to his family and all the coaches who helped and molded him along the way.

“Growing and being raised by such a rich, knit family with strong morals and values is a huge factor in who I am both on the field and off,” Purifoy said. “Also, my coaching. I can remember just about every coach I’ve had ranging from little league basketball and coach Ray Wayne Tisdale. Little League baseball coaches such as coach James Williams and Jimmy Sweitzer. But if I had to choose the most influential coaches that have made the largest impact on my life, it’d hands down be coach (Chippie) Chappell and Coach (Wallace) Owen at CHS. Even after leaving Central and starting my coaching career, these men have still been in my corner, and for that I am forever grateful.”

Purifoy is the son of Paula Purifoy of Lunenburg, is an eight-year Army veteran and has seven years coaching experience.

According to TMI, Purifoy first came to the school after serving as an assistant coach and offensive coordinator in North Carolina.

“He is already hard at work developing a spring workout plan, designing a summer prep program and collaborating with the athletics department staff to build a successful program to get our Panther football team ready for this fall,” a press release from TMI stated.

In addition to serving as head football coach, Purifoy will continue serving as assistant commandant for the school and work also with the middle school athletics.