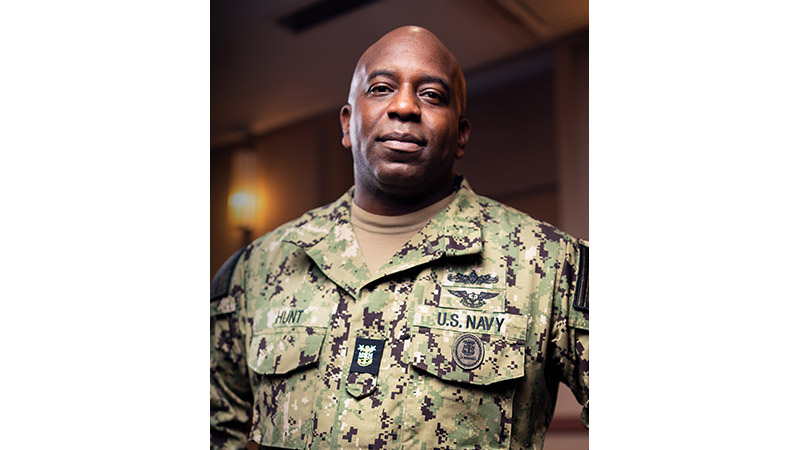 Hunt will be the 17th force master chief of the Navy Reserve.

“Master Chief Hunt brings deep warfighting, leadership and reserve experience to the Navy Reserve Force master chief billet. He’s going to be an important partner as we transition, with urgency, from a force designed to compete in the global war on terrorism to one that delivers strategic depth in an era of long-term complex competition,” Mustin said.

Hunt is relieving Navy Reserve Force Master Chief Chris Kotz, who has held the position since October of 2017.

“I couldn’t be more excited about the selection for the 17th Reserve Force master chief,” Kotz said. “After working closely with Master Chief Hunt in the past, I know his positive work ethic will be infectious in this office. More importantly, he will be a strong champion for our reserve sailors and will always have their best at the forefront of his efforts.”

Hunt says he is honored by the selection and looks forward to supporting Mustin in continuing to execute the implementation of his Navy Reserve Fighting Instructions 2020, prioritizing warfighting readiness as the number one —and only— mission of the Reserve Force.

“Over the past two years as CMC of commander, Navy Reserve Forces Command, I have seen first-hand the amazing things our reserve team can accomplish through a single focus attack — whether that’s tackling complex pay and personnel issues or fighting a global pandemic,” Hunt said. “I’m honored to take on this role as Force of the Navy Reserve and am looking forward to leading our reserve team in the next singular focus — warfighting readiness. Keep pushing forward, shipmates.”