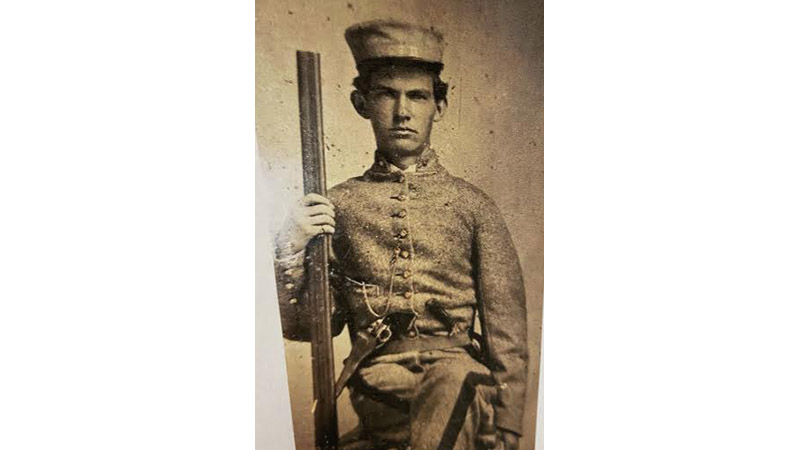 This tintype photo of a Confederate soldier from Lunenburg sold at auction for $10,000.

A tintype photo of a Confederate soldier from Lunenburg recently sold for $10,000 at a local auction.

Auctioneer Ann Smith Underwood of Victoria Auction said she has had tintype images sell for as much as $6,000 in the past, but not $10,000.

“Yes, I would say it was unusual,” Underwood said. “But that’s how auctions work when bidders start bidding against each other.”

According to Underwood, what makes the photo unique is that the soldier is pictured holding a shotgun rather than his CSA (Confederate States of America) rifle.

The auction was held March 20. Underwood said the buyer of the photo was a resident from Henrico, a collector of Civil War photos, particularly of Confederate soldiers.

The tintype photo that was auctioned as part of a multi-estate auction and is of William Henry Ewing, a member of the CSA’s 3rd Cavalry of Meherrin.

According to Underwood, the photo came from the estate of William and Martha Warriner in Crewe.