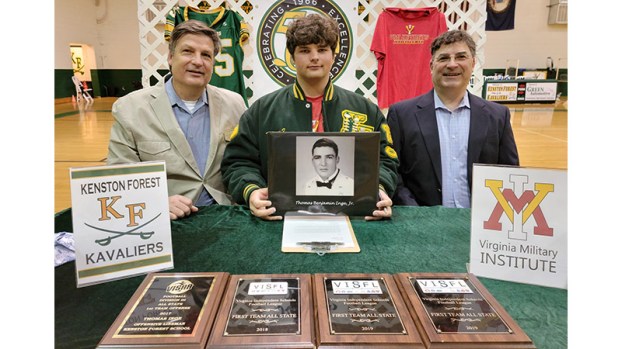 Three generations of Keydets are shown in this photo after Thomas Inge signed a letter of intent to play for the Virginia Military Institue. Tom Inge, his father, is on the left of Thomas Inge with his uncle, George Inge, on the right. Thomas Inge is holding a photograph of his late grandfather, Thomas Benjamin, Jr. 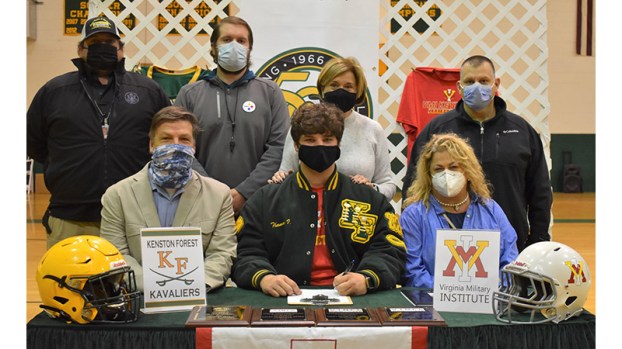