The cicadas are coming 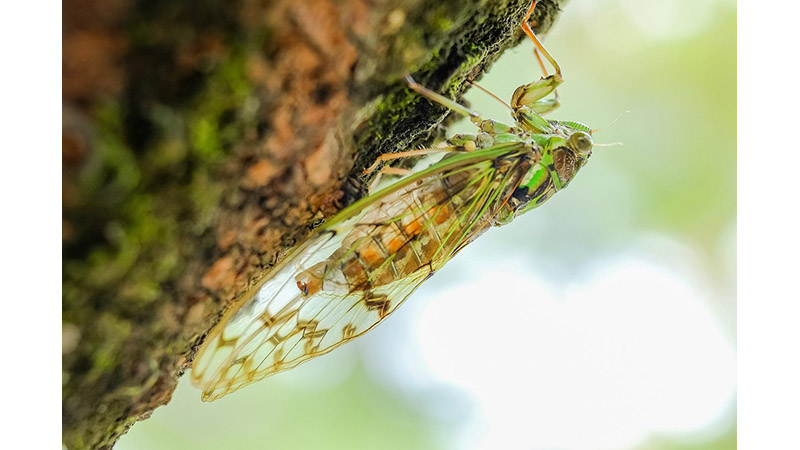 After spending 17 years underground, the Brood X periodical cicadas will emerge this spring.

With warm temperatures and thawing ground, ready or not, the Brood X cicadas are coming.

After spending 17 years underground, the Brood X periodical cicadas will emerge this spring and swarm parts of Virginia and the mid-Atlantic region.

There will be no mistake when the Brood X cicadas arrive as they climb to the treetops and begin to make a loud sound.

Cicadas are not harmful to humans but can cause damage to a variety of plants, trees and shrubs as they feed off of trees.

According to the Virginia Cooperative Extension office in Virginia, the 17-year cicada may damage many ornamental and hardwood trees. Oaks are commonly attacked, but the most seriously damaged are newly planted fruit and ornamental trees such as apple, dogwood, peach, hickory, cherry, and pear. Pines and other conifers are not commonly attacked.

During mating, male cicadas will fill the air with their mating songs. Afterwards, females will cut slits in tree branches to lay clutches of about 25 eggs, producing up to 400 to 600 in total.

“Young, newly planted trees can be vulnerable to severe damage from periodical cicadas and should not be planted this year until the fall,” Conrad said. “Egg laying activity can result in the death of tree branches that are a quarter to a half inch in diameter. Insecticides are not particularly effective and not recommended as many birds and animals feed on the cicada larva and adults.”