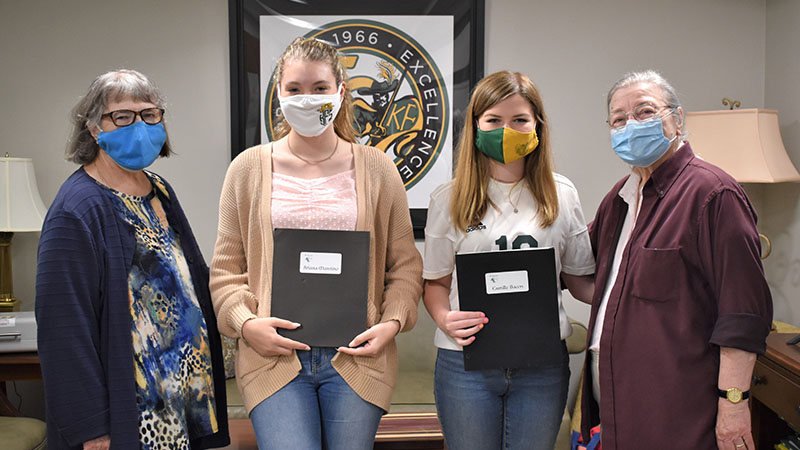 The Three Arts Club of Blackstone awarded $1,000 scholarships to two Kenston Forest School seniors, Camille Bacon and Ariana Mannino. The club president, Joy Hogg, and scholarship chair, Tilley Conley, recognized the two seniors who have been involved in the arts and plan to continue their involvement in the arts after high school.

Camille is the daughter of Frank and Dana Bacon of Kenbridge. She has been accepted to East Carolina University and James Madison University.

Ariana is the daughter of Cesare and Mary Ellen Mannino of South Hill and has been accepted to the Fashion Institute of Technology in New York and Virginia Commonwealth University. 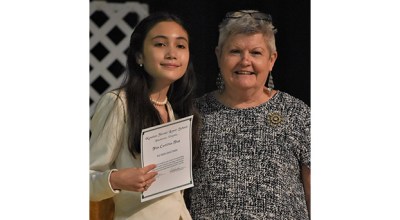