Taylor Newton, a Lunenburg native, will fill the position previously held by Glenn Millican who served on a part-time basis. 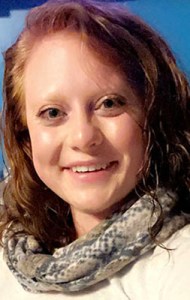 Millican left the position at the end of March. Millican has served in his position with the county since May 2018

“We always wanted this position to be a full-time position, but Mr. Millican was the best candidate when we last completed interviews, and he could only work part time,” County Administrator Tracy Gee said. “Mr. Millican and I both agree that there is simply too much work to be done by a part-time staff member.”

During the interview process for the position, Gee said Newton demonstrated her knowledge of the county’s operations, needs and strengths. “She has a well-organized, research-based approach to planning.”

According to Gee, Newton gained experience with public speaking, grant management and preparation for board meetings in her previous employment.

As the county’s economic development and planning director, Newton will review all applications for zoning and conditional use permits, interpret the joint comprehensive plan and its use in planning and serve as the clerk to the Planning Commission.

She will also serve as a liaison to the county’s existing businesses and support the towns of Kenbridge and Victoria in development and/or grant opportunities and with potential business prospects.

“She has a strong work ethic and understands public service,” Gee said. “We all serve the citizens of Lunenburg County, and we all want to see both of our towns and the county thrive.”

Newton obtained her bachelor’s degree from Longwood University and dual master’s degrees from Liberty University, one in human services and the most recent in business/public administration.