33% of Lunenburg residents have been vaccinated

COVID-19 cases are back on the downtrend, but public health officials are noticing an increase in cases in children ages 5 and below.

Monday, April 26, Piedmont Health District Senior Epidemiologist Rhonda Pruitt said all counties in the health district with the exception of Cumberland County were seeing a slight decrease in cases this week after a temporary uptick in cases earlier in the month.

According to the Virginia Department of Health (VDH), both Lunenburg and Charlotte counties saw seven new cases of the virus the week of April 19 to April 26, bringing the counties’ cumulative case totals to 745 and 831, respectively.

VDH was reporting a cumulative total of 2,107 COVID-19 cases out of Prince Edward County since the beginning of the pandemic, up 22 cases from the previous week.

Buckingham County saw 13 new cases over the past week for a total of 2,104.

Pruitt also stated the health district is seeing a rise in cases for children in the up to 5-year-old age group. On Monday, Acting Piedmont Health District Director Dr. Sulola Adekoya said those juvenile cases have begun appearing more frequently through contact tracing. She added cases in young area children appear most often to be related to daycare centers or instances in which an adult family member tests positive and the child is tested afterward.

In the last week officials ended the pause on Johnson & Johnson vaccine use following some recipient’s development of a rare blood clotting condition after the vaccine was administered. According to the Associated Press, the government observed that 15 Johnson & Johnson vaccine recipients, all women, developed this unusual blood clot out of nearly 8 million people given the shot. Three of the women, most under the age of 50, died as a result of the clot and seven remained hospitalized as of April 23.

A Washington Post-ABC News poll found that less than one in four Americans are now willing to take the Johnson & Johnson vaccine after the temporary halt in usage due to the clotting disorder.

Adekoya said VDH sent out an announcement earlier in the week it would resume providing Johnson & Johnson vaccine to some of the area’s pharmacy partners, adding the health district is preparing for some hesitancy.

Adekoya said the health agency is aiming to educate citizens that while there is a risk associated with the vaccine, it is very, very rare. Officials are prepared to discuss with patients the treatments available should this clotting disorder affect them, including signs and symptoms to look out for and where to go to get treatment for such a condition. She added the health district does not want to minimize the risks associated with the Johnson & Johnson vaccine, and officials hope residents will make educated decisions regarding getting the shot.

The health district, Adekoya said, is preparing for more large vaccination events this week. The Centers for Disease Control and Prevention (CDC) community vaccine clinic in Nottoway County has appointments available this week. The clinic has increased its capacity to now offer 250 vaccines per day for the next three weeks.

Two mass vaccine events will be held in Prince Edward County this week on Wednesday, April 28, and Friday, April 30. Adekoya stated the April 28th clinic is especially exciting in that the health district will be offering Pfizer vaccines at the event. As Moderna only offers the vaccine to those 18 and up, the area’s 16- and 17-year-olds will be able to get the vaccine at the Wednesday event.

To sign up for one of these vaccine clinics, residents can log on to vaccinefinder.org and punch in their zip code to look for a local vaccine event.

Lunenburg County, according to VDH, has partially vaccinated 33.2% of residents, and 33.9% of Charlotte citizens have received at least one dose of the vaccine.

On Monday, VDH listed Prince Edward as having at least partially vaccinated 30.3% of residents. Buckingham County as of this week has put at least one shot in the arm of 35.6% of residents.

In Cumberland County, 32.6% of people are at least partially vaccinated against COVID-19.

On Monday, Adekoya referenced recent news that the E.U. may allow vaccinated U.S. tourists this summer. She added residents should take advantage of this period of time in which there are no lines to get vaccinated and go out to get the shot, especially if considering a trip to Europe later this year. 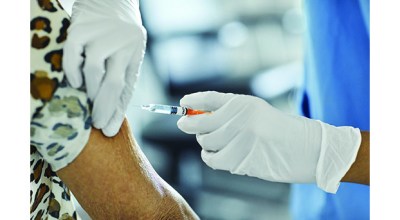 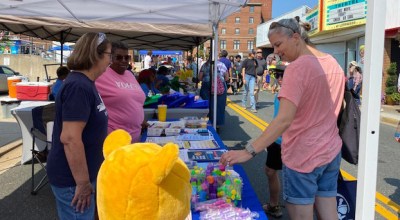