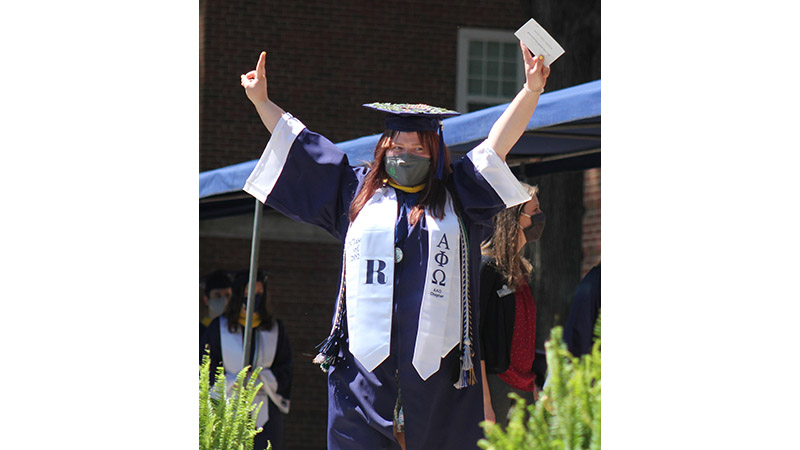 Longwood University awarded 937 degrees to the Class of 2021 on Saturday, May 15 on Wheeler Mall.

Across Wheeler Mall, chairs were spread out in groups of three for graduates and their two guests, as COVID-19 precautions limited the number of people who could attend the ceremony.

This was the first time Longwood University has seated each graduate with their family rather than in a large group of their peers.

While crossing the stage, each graduate was invited to touch Joan of Arc, a longstanding good-luck tradition as they received their diplomas.

Journalist and author Ray Suarez was the featured speaker at the undergraduate ceremony, saying it was a great treat to speak at an in-person graduation.

“My wish for you is that your Longwood education is constantly echoing in your head in new situations and new settings and amidst new challenges,” Suarez said.

Suarez told the graduates fate had determined they would begin their post-undergraduate lives in such challenging times, but they were responsible for what happens next. 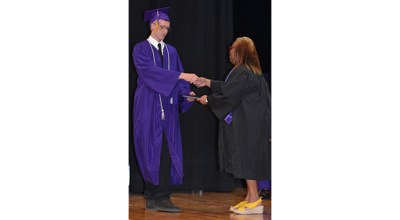