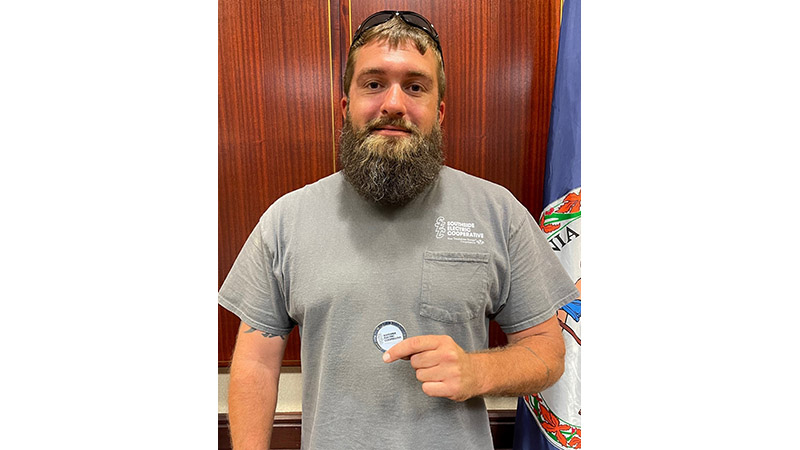 During the power restoration effort, Kiser became aware of a member whose meter base was damaged by the ice storm.  When the member could not afford to repair her meter base (which is a member’s responsibility), Kiser took on a true leadership role.

With Kisers’ guidance, mutual-aid lineworkers assisting with power restoration from Jackson Electric Membership Cooperative (JEMC) out of Georgia volunteered to pool their money with his and cover the cost of repair for the SEC member.

“This selfless act embodies the character we look for in our employees,” Vice-President of Operations Brad Furr said. “We were made aware of this only because we were contacted by Eddie Wood, a foreman with Jackson EMC.  He was moved by this act and wanted to compliment Gaines for his leadership and compassion.  I wish to point out how great a message this sends to those who helped us restore power.  We want to sincerely thank Gaines for his effort, as well as to thank the Jackson EMC employees. While Gaines did not help this member for recognition; however, it seems appropriate to shine a light on his kindness.”