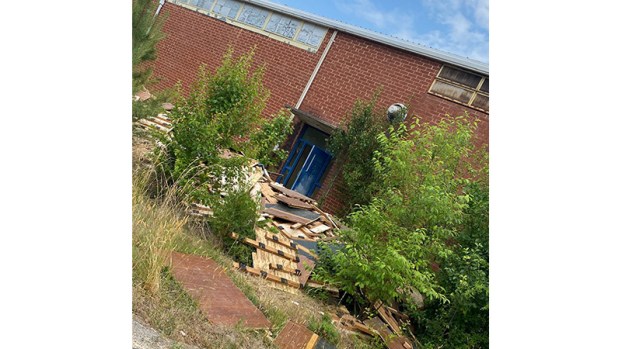 Asbestos removal from the county’s old middle school is currently underway. Officials plan to demolished the school by mid-summer. 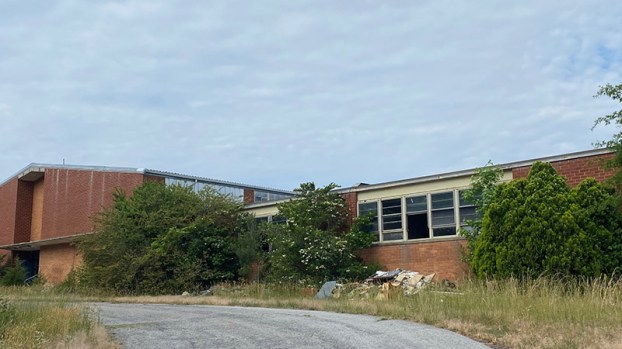 Asbestos removal from the county’s old middle school is currently underway. Officials plan to demolished the school by mid-summer.

Lunenburg County has undertaken a project officials hope will bring more businesses and industries into the area.

According to Lunenburg County Director of Planning and Economic Development Taylor Newton, county officials are hopeful the old middle school building located on Route 40/49 between Kenbridge and Victoria will be demolished by mid-summer.

“This project is aimed to provide the development of a new industrial park for Lunenburg County,” Newton said, “It is envisioned that the site will serve as a commercial/small manufacturing or possible mixed-use business center.”

Newton said at the time of acquiring the property, the county owned only industrial properties. However, upon completion, the site will be a Tier 2 site, which means that it will be available for industrial and commercial use.

According to former clerk of the Lunenburg Planning Commission Glenn Millican Jr., the county received a $55,000 reimbursement grant through the Tobacco Region Revitalization Commission to help with demolition.

“The infrastructure is there,” Millican said. “The water and sewer are there, there is the power to the site, and it is located near a commercial highway, and with the county working on getting broadband, it will be a great location for businesses.”

In addition, the site currently has VDOT-approved turn lanes making the location easily accessible and visible from the main roadway.

According to Newton, the project is currently in the asbestos abatement phase.

“There was a significant amount of asbestos that was found throughout the building’s interior and exterior,” Newton said. “Demolition is scheduled to begin following the asbestos abatement.”

Newton said the demolition would start with the building behind the school. Once that is complete, destruction of the gym will begin, which will be followed by the center of the school, cafeteria and lastly, the front of the school.

“Once demolition is completed, then the basement will be backfilled,” Newton said.

Even though the site is not ready, Newton said county officials have already begun actively seeking a business to locate at the site upon completion of demolition.

“There has been some interest in the site,” Newton said. “However, none have been confirmed.”