“I have truly been blessed with numerous talents, a wealth of knowledge and leadership abilities,” Dagner said. “It is expected that we utilize the attributes we are given to glorify God and benefit others.” 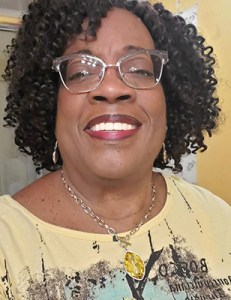 In her role as TPCC Food Pantry director, Dagner has helped many. With the help of her mom, Dagner opened the TPCC Food Pantry 22 years ago with the support of The Peoples Community Center Board of Directors.

“During our initial training, we learned that many people go to bed hungry,” Dagner said. “I remember asking my mom if she thought there were citizens in Lunenburg County who went to bed hungry. Her response to me was, ‘We may not see it in our social circles, but there are many out there that could benefit from TPCC Food Pantry.’”

Dagner said three months after opening, a lady with young children came in and shared that the only thing she had in her refrigerator for the past three days was water.

“At that point, I was convinced that this program was a necessity,” she said. “Whenever I am frustrated or exhausted, I think back to that particular client and the many more who are benefitting from the six programs we now operate.”

With the COVID-19 pandemic, Dagner said the need increased, and TPCC saw an influx of new clients.

“For every 10 clients served, three were new or first-time applicants,” Dagner said. “The economic impact of the pandemic meant long-term financial hardship for many.”

According to Dagner, 20% of the households within the region are in what’s considered a “food desert.” This is described as an area where there is minimal access to healthy foods.

Additionally, 20% of the households they serve describe their situation as “food insecure.” This means they do not have access to food that supports a healthy lifestyle and may not always feel adequate supply due to financial limitations.

The success of the food pantry is due to partnerships with local civic organizations, social clubs, the local court system, businesses and churches in the community and the Lunenburg County School System, Dagner said. “We truly operate as one big, happy family of senior citizens.”

The native of Baltimore, Maryland, gives thanks to initially her mom and her Aunt Eleanor and Uncle Jack who she said influenced her desire to help others.

“None of this would be possible without God’s guidance and our volunteers,” Dagner said.