Bailey works to lift up the community 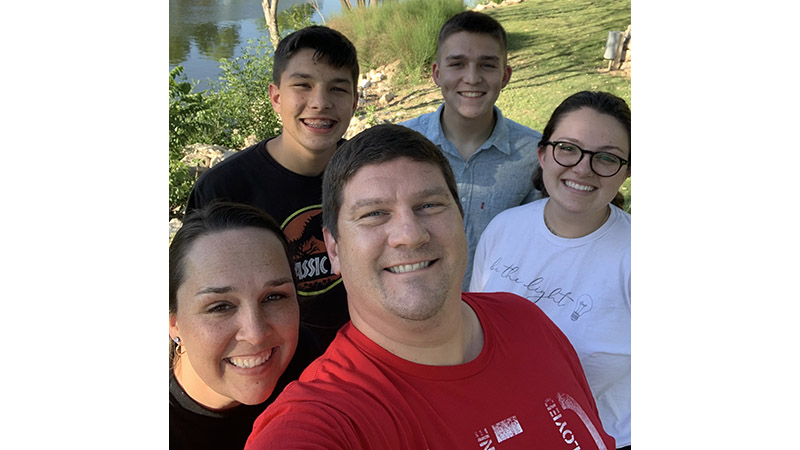 As a minister, firefighter and paramedic, Rev. Cameron Bailey has spent much of his adult life giving back and helping those in his community of Lunenburg.

“I strive to simply love and be the good needed. Attitude is contagious.  I firmly believe that if you see someone joyful and smiling, it can rub off on you,” Bailey said. “I know what it is like to feel depressed, run-down, wore out, helpless and like no one really cares. I strive to make sure that when others feel this way (and all these emotions are natural and can be good for us to learn and grow) that they know they aren’t alone and that someone always cares.  No matter what we are going through, it could always be worse, and someone else is in worse shape than I.”

This August will mark Bailey’s 19th year as the minister at Kenbridge Christian Church. Through his work there, Bailey has touched many lives.

“Last March when all the world went chaotic, we immediately began doing drive-in church where folks would stay in their vehicles away from any fear or dangers and still be able to worship and see people through car windows,” Bailey said.

Bailey said the idea of a drive-in church took off quickly but not as he had expected at first.

“For the first couple weeks (at the end of March, 2020), I received numerous phone calls/emails/Facebook messages with comments from folks, not around Southside stating they felt I was selfish, unsafe, not following orders, etc.,” Bailey said, “Little did folks know, we had been on the phone with the health department for the commonwealth, as well as the governor’s office in making sure this would not be breaking the rules.”

Bailey said those same individuals’ asking how the church was doing the drive-in church reached out about two weeks later asking how to get their outdoor services started.

“While we are back inside at 10:30 a.m., we also still offer drive-In at 9:30 a.m. in order to reach out and meet the needs so people can worship and grow in the Lord,” Bailey said.

Bailey said that during his life’s work of helping others, he hopes he has touched the lives of those around him.

“I daily ask God to make me silent and invisible, that the only thing folks see or hear is God working through me,” Bailey said. “I am nothing. He is my everything, and I pray folks fall in love with him.”

In addition to his family, Bailey says he has many people who guide and lead him.

“There have been several men and women who have guided me through the years. I am blessed with amazing parents who love me unconditionally and who taught me how to live the right life for God, who beat the brakes off me at times, and I deserved every bit of it, and who set the example of how couples should grow together,” Bailey said, “Currently I have several folks in my life who guide and lead. Tremendous folks at Kenbridge Christian who love and laugh with us, and while I don’t wish to offend folks by not naming them specifically, I have three men in my life who I can always vent to, call, text, run ideas with, who all three mentor me and love my family like there’s no tomorrow.”