Longwood University in Farmville was the first stop of a listening tour for Virginia’s newly formed Redistricting Commission as the group began a series of public hearings to hear from voters before beginning to redraw the commonwealth’s legislative boundaries. 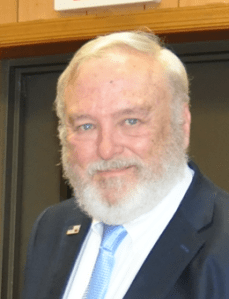 The meeting, held at Longwood’s Jarmin Hall, gave the panel of state delegates, state senators and citizens appointed to the committee an opportunity to hear from citizens throughout the commonwealth about how they feel the state’s legislative boundaries should be changed.

While the majority of the eight citizens who spoke during the meeting that lasted just over a half hour came from Lynchburg to urge the unification of legislative districts in the city, Lunenburg County Supervisor Mike Hankins also asked the board to consider keeping counties and cities whole.

Hankins said the county is divided between two legislative districts, the 61st and the 75th. He said every polling place is a split polling place with voters from both districts voting at the same polling location.

“I understand you may have to take part of some counties to get the numbers right, but for God‘s sake, please keep the polling places whole and don’t divide those,” he implored the group.

James Ghee, the president of the Prince Edward County NAACP, asked the commission to keep communities of interest together.

“We would also hope that when you put together your legislative districts you would not split cities, towns and counties,” Ghee asked. “We would also urge you to make sure you have districts where minorities can have some influence in the selection and election of persons to represent them.”

State Senator George Barker of northern Virginia, a member of the commission, said he believes this new process will work.

“I am determined that we are going to get to a resolution that everybody will be comfortable with,” he said.