Governor Ralph Northam recently announced that Virginia plans to invest $700 million in American Rescue Plan funding to expedite the deployment of last-mile broadband infrastructure to unserved areas and close the digital divide within the next three years.

This proposal will accelerate the governor’s 10-year goal for achieving universal internet access from 2028 to 2024, with the majority of connections obligated within the next 18 months. In May, Governor Northam and General Assembly leaders released a joint statement outlining shared priorities for allocating the $4.3 billion in federal funds available to the commonwealth from the American Rescue Plan.

The governor made the announcement at the Southwest Virginia Higher Education Center in Abingdon and was joined by U.S. Senator Mark Warner, State Senator Janet Howell and Delegate Luke Torian, who chair the General Assembly’s money committees, and State Senator Jennifer Boysko and Delegate Roslyn Tyler, who lead Virginia’s Broadband Advisory Council. Northam also reported that the commonwealth has successfully bridged half of the digital divide, with an estimated 233,500 unserved locations remaining.

“It’s time to close the digital divide in our commonwealth and treat internet service like the 21st century necessity that it is—not just a luxury for some, but an essential utility for all,” Northam said. “The pandemic has reinforced how important high-quality broadband is for the health, education and economic opportunity, and we cannot afford to leave any community behind. With this historic $700 million investment, universal broadband is now within our reach. I am grateful to Senator Warner for fighting to include this funding in the American Rescue Plan which will be key to the success of local connectivity efforts and to ensuring every Virginian has affordable, reliable and equitable access to high-speed internet.”

Since 2018, the commonwealth has awarded approximately $124 million in broadband grants and connected more than 140,000 homes, businesses and community anchors. Northam and the General Assembly made historic investments—$50 million in 2020 and an additional $50 million in 2021—in the Virginia Telecommunication Initiative (VATI), a public-private partnership that provides targeted financial assistance to extend broadband service to areas currently unserved by a provider. With this $700 million allocation of federal dollars and continued state investment, the commonwealth has the necessary resources to meet the tremendous demand from localities and broadband providers and close the digital divide in Virginia.

“With telehealth and telework becoming permanent staples across the nation, access to broadband is more critical than ever,” Warner said. “Earlier this year, I was proud to help deliver more than $3.7 billion dollars in direct fiscal relief for the commonwealth through the American Rescue Plan, including hundreds of millions of dollars for broadband. I’m hopeful that my friends in the General Assembly will use $700 million of that funding to expand access to broadband, thereby creating economic opportunity and ensuring that every Virginian can meaningfully participate in our 21st century economy.” 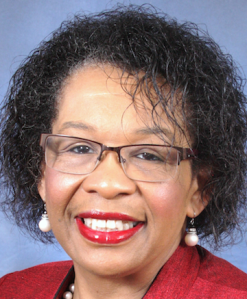 Because Governor Northam prioritized broadband expansion well before the pandemic, Virginia is on track to be one of the first states in the country to achieve universal broadband service. In 2019, the governor worked with the General Assembly to establish a pilot program that promotes collaboration between localities, electric utilities and internet service providers to connect unserved areas to high-speed internet. In just two years of the pilot program, Virginia’s utility companies have helped connect more than 13,000 homes and businesses across the commonwealth. Earlier this year, Governor Northam signed bipartisan legislation that makes the pilot program permanent.

“I have lived in a rural area my entire life, and I know that the commonwealth benefits as a whole when we lift up all communities,”  Delegate Roslyn Tyler, vice chair of the Broadband Advisory Council, said. “This investment will have a tremendous impact on countless Virginians and allow our communities to prosper and grow.”