Town of Victoria officials are hopeful that a large portion of the town’s recent American Rescue Plan Act (ARPA) funds will be used to upgrade the municipality’s wastewater treatment facilities. 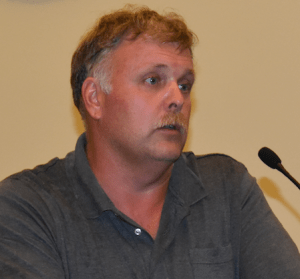 According to Victoria Town Manager Rodney Newton, he recommends setting aside $1 million of ARPA funds to help pay for work that will need to be done in the next two years to the west wastewater treatment facility.

Victoria is set to receive close to $1.7 million in ARPA funds.

Newton said the project is still in the early stages but could cost between $3 million to  $5 million to complete.

According to Newton, the west wastewater treatment Facility located at the end of Grove Avenue has become a major concern for the town.

“Due to the processes used at the west facility, there is an extremely high probability that this facility will not be able to meet more stringent discharge requirements that will likely come with the discharge permit renewal in 2024,” Newton said.

The west treatment facility was constructed in the early 1990s and is permitted to process an average of 200,000 gallons of wastewater per day.

Discharge permits for both facilities are issued by the Virginia Department of Environmental Quality (VADEQ).  These permits must be renewed every five years.

According to Newton, elements monitored at the discharge point vary from facility to facility.

In early 2020, town officials signed an agreement with an engineering firm to provide a preliminary engineering report for the future of the west wastewater treatment facility at a cost of around $30,000.

On the town website, officials wrote in a February 2020 post that “it is anticipated that the recommendations of the preliminary engineering report will suggest that the town either upgrade the current facility or convert it to a pumping station that will pump wastewater normally treated at the west facility to the east facility.”

“This will be a huge, long-term expense for the town,” Newton said.

Due to the increasing costs and mandated upgrades, the wastewater budget for Victoria has operated in the red for the past eight to 10 years.